Pete & Pete Creator Expresses Surprise That So Many Girls Like The Show; We Laugh 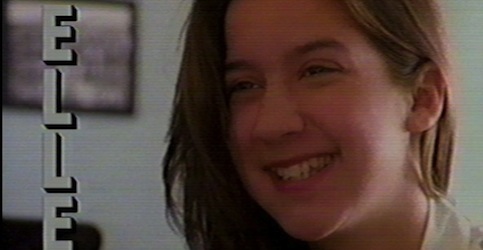 Nickelodeon’s could-only-have-been-made-in-the-nineties cult hit Pete & Pete is almost twenty years old (if you start counting when the television show aired, not when the first 60 second shorts did), and last year the creators of the show staged their first small cast reunion, expecting nobody to show up. The gathering sold out. Two subsequent shows at a larger location each sold out in five minutes or less. This week, they took the reunion tour to Los Angeles, and naturally that warranted an interview from the LA Times, in which Will McRobb and Chris Viscardi admitted that their most enthusiastic fans, the ones that seem most touched by the show, are women.

From the LA Times:

What was the male to female ratio in the audience?

CV: I would say that of the people who came up to me after the L.A. show and the New York show, the ones who were the most affected and were trembling and just wanted to hug you were girls. I don’t think we ever really wrote the show for them — probably one of its flaws, looking back, is that we didn’t do as good a job as we could have with Ellen [Big Pete’s best friend], giving her more to do and taking advantage of [actress Alison Fanelli]’s comic chops. But I was amazed at how affected young women in the audience were.

Do you think [series director] Katherine Dieckmann had anything to do with that?

CV: I’m sure she did. She definitely went out of her way to put Ellen in the forefront at times. Her sensibility also had a real sweetness to it, a smart quality to it, and bohemian.

WV: I think, too, though, [the show] was less about being male or being female than just about being yourself. And maybe women, the indie chicks they would soon grow up to be, needed more of that help when they were 11.

CV: It’s about being an outsider growing up. That definitely affects everyone.

Excuse me, I need a moment to get some rain out of my eyes.

Even aside from that, there’s another great reason why, even if Chris Viscardi feels that the show never made enough of most-prominent-female-character Ellen Hickle, Pete & Pete did right by its female characters: in a show that was entirely about the weirdness of suburban life, it never tossed off a stereotype to anyone. There was no stuck up, pink, and frilly older sister, and I don’t think the show even ever had a creepy cat lady.

Female characters in Pete & Pete were never defined by their gender, femininity, or a relationship to a main character (in part because there isn’t a single character in P&P that didn’t have a strange personality quirk or habit that you were helpfully informed of by a narrating Big Pete immediately upon meeting them). Little Pete’s cast of friends always included girls, most memorably in the Nightcrawlers episode, where the team of kids who try to stay up for eleven days includes not just the typical token girl, but two girls: Libby Hurley, who stays awake by sneezing, and Natasha, who can stay awake by pulling her braids so hard that her eyelids can’t close. And while its true that there are more recurring male characters than female ones, the non-recurring female characters are folks like Ms. Fingerwood, whose existential crisis over whether math is actually important in life shows the kids that teachers are people too; or Sally Knorp (played by SNL regular Ellen Cleghorne), Bus Driver Stu’s independent off-again-on-again girlfriend; and even Mom, who has an entire episode subtly dedicated to how she had a romantic life before Dad and that’s okay.

And alongside Ellen, you eventually had Nona F. Mecklenberg, the perfect friend and equal to Little Pete, the Huck Finn of the show. All in all, it makes perfect sense to me why women would be equally present in the show’s fandom. I know I’m there.

(The LA Times via Jezebel.)