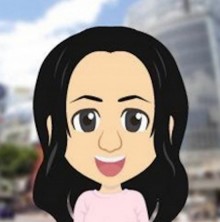 We take a moment today to offer mad props to one Noriko Higashi. Noriko is a programmer in Tokyo who, tired of the state of the dating scene, decided to take her romantic fate into her own hands in maybe the best way we’ve ever heard, posting her list of romantic preferences (and yes, a few requirements, too) to GitHub in the hope that there is a romantic connection waiting in the wilderness of open source pet projects. We don’t know how sanguine we’d be on that point, but when you’re looking for a man who not only runs his own server, but will let you help him maintain it, well, there’s a fighting chance that GitHub is just going to beat the pants off of OkCupid on that front.

You can read Noriko’s list of preferences here, most of which are actually pretty standard. Someone who is not socially useless, will pitch in around the house, and is just generally not a jerk. These are not that much different from what we imagine most women want in a partner. (Full disclosure: We have proven time and again that we have no idea what women want in a partner.)

It’s not until she gets to her requirements for potential boyfriends who are also programmers that things get a little nerdy. Okay, a lot nerdy, but endearingly so, as in asking that her lover be able to write code that makes her weep tears of joy. That seems like a high bar, but not one we have oodles of context for, so hey, maybe not? Anyway, it takes all types, right?

We wish Noriko nothing but the best. It’s a jungle out there, and anyone who is putting themselves out there and trying to make a go of it will be sent whatever good vibes we can muster. One Protip, though, if we could: Never admit to liking Nickelback in a personal ad. Not even as a joke. The Internet hates that kind of thing.