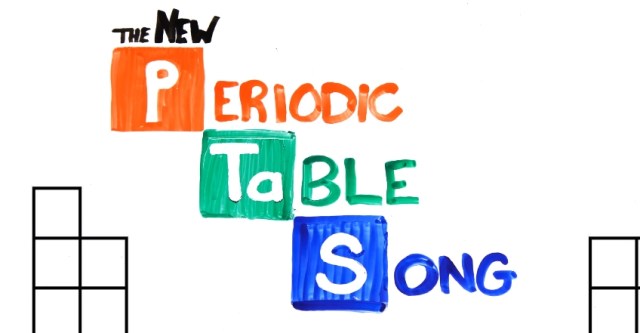 I’m a big fan of “The Elements” by Tom Lehrer. You might not know the name, though you really should, but you’ve likely heard the song at some point. It’s literally just Lehrer singing the elements on the periodic table while playing the piano. It’s great, and no other song about the periodic table has ever come close to dislodging it from the cockles of my heart. Enter AsapSCIENCE’s new periodic table song.

Lehrer fiddled with the order of the elements to conform to the meter of the tune, but AsapSCIENCE has gone and done the whole thing in order. They’ve even included the elements that were named after Lehrer’s song came out in 1959, so it’s more accurate for the modern day. Check it out:

And it wouldn’t be right of us to not include an Animaniacs song here, since AsapSCIENCE’s song so clearly owes a debt to the show: