The Periodic Table of The Empire Strikes Back | The Mary Sue

The Periodic Table of The Empire Strikes Back

As you may have noticed, this week marks the 30th anniversary of the theatrical release of Star Wars Episode V: The Empire Strikes Back.  Yes, it was thirty years go this weekend that everyone found out that Vader was really Luke’s father.

I’m sorry… too soon for spoilers?

Anyway, Scifi Wire has drummed up this tribute to the classic: The Periodic Table of Empire Strikes Back Elements.  Click to embiggen. 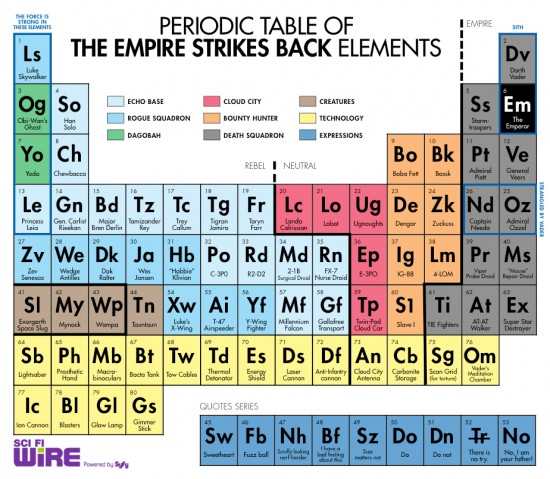