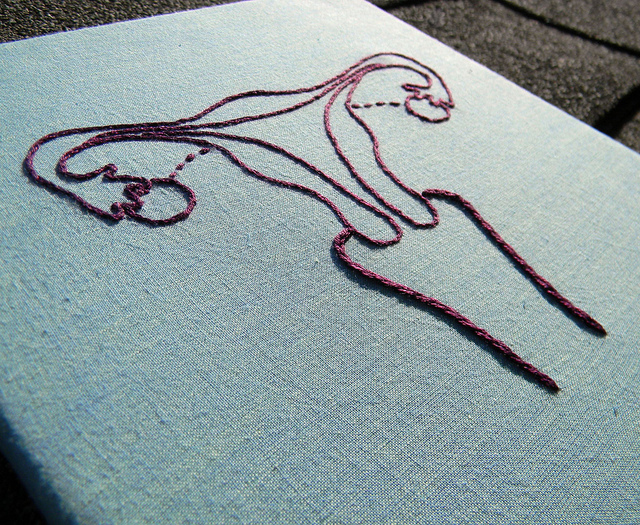 A recent Quartz piece by Olivia Goldhill titled “Period pain can be ‘as bad as a heart attack.’ So why aren’t we researching how to treat it?” brought up the importance of talking about period pain. While periods are often censored and seen as something offensive to be hidden from view, Goldhill emphasizes a need to end the squeamishness around the conversation when so many people suffer through it.

Dysmenorrhea, the clinical term for menstruation pain, affects 1 in 5 individuals who get periods, but there’s a frustrating lack of research on its causes and treatments. Physicians will often dismiss period pain with recommending something like ibuprofen, but University College London professor of reproductive health John Guillebaud points out that cramps can be as “bad as having a heart attack.” Goldhill shares her own experience with severe period pain, and her frustrations trying to navigate different medical professionals dismissing her and giving vague answers. After opening up about it, she found many friends shared similar experiences of having symptoms and not being able to find answers.

Primary dysmenorrhea and endometriosis, Goldhill says, are more common than we realize, but “existing treatments are limited,” to say the least. Applications for researching treatments are often rejected, says Richard Legro, M.D., of Penn State College of Medicine, because “nobody thinks menstrual cramps is an important public health issue.”

Whether you have periods or not, we should start talking about them more. I recommend reading the whole piece on Quartz to learn more about the different types of period pain and the importance of recognizing it as a public health issue that requires serious consideration and research.

(via Jezebel, image via Hey Paul Studios on Flickr)