Pepsi Decides to Pull Its Disastrous Kendall Jenner Ad After All 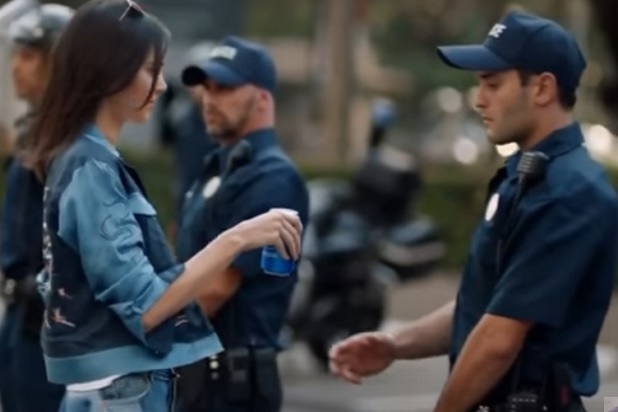 After initially defending its widely ridiculed ad that paired protest movements with soda pop, Pepsi is “removing the content and halting any further rollout.” Oh, my dear, naive, silly Pepsi. This is the Internet. It will live forever.

Pepsi is backpedaling after a solid night and day of social media take-downs and savage articles lambasting the ad. We saw everything from The Washington Post giving it a mocking scene-by-scene dissection to the daughter of Dr. Martin Luther King, Jr., Bernice King, who drops the final mic on the matter:

If only Daddy would have known about the power of #Pepsi. pic.twitter.com/FA6JPrY72V

The advertisement was accused of co-opting the imagery of Black Lives Matters and social justice movements in order to sell soft drinks. In the ad, nascent model and Kardashian in everything but last name Kendall Jenner crosses the lines—bridging the gap between beaming protestors and handsome police officers armed with nothing more than a can and jean jacket—and unites them through the power of Pepsi.

The backlash has been severe enough for Pepsi to issue a statement that all plans for the ad’s future distribution across global platforms are off. However, it’s already been far more widely seen than if the company had simply purchased time for it. Does this mean that in advertising terms, the ad is still a success?

One thing’s for sure: this is the Internet, and there’s no way to oops-delete a mistake. We do not forget (until the next outrage step by a brand). Here at The Mary Sue, we’re thinking of starting a regular series. Be better, ad people.