Oh Look, Pepsi Has Some Competition for That ‘Worst Ad of the Week’ Award 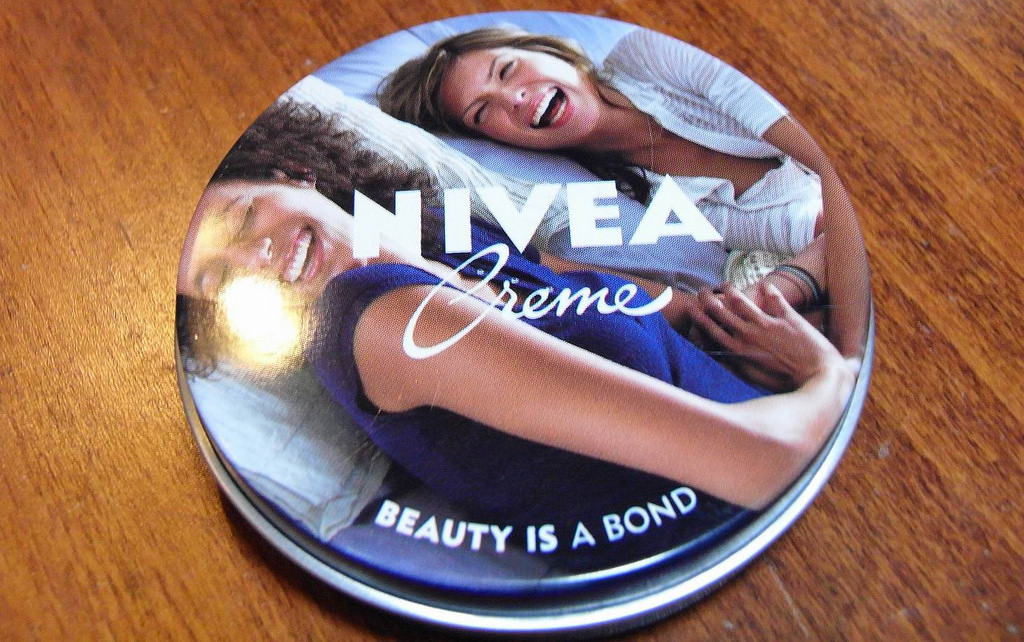 Just today, I declared that Kendall Jenner Pepsi commercial “most definitely the worst ad ever created.” Now, I might have been a wee bit hasty in bestowing that title. Sure, the ad is terrible. It’s hilariously and depressingly tone-deaf in attempting to commodify resistance, but is it the worst ever? When it comes to awful ads, Pepsi’s got a lot of competition. Heck, they’ve got a lot of competition for worst ad of the week.

Enter Nivea, the skincare company that decided their new deodorant would sell well with some racist nonsense. The print ad features a woman dressed in white, in a white room, looking at some white flowers on her pristine white windowsill with the tag, “Keep it clean, keep bright. Don’t let anything ruin it, #Invisible.”

In big, bold letters, it also shows the slogan, “White is purity.”

Naturally, the ad—which has now been removed from the Nivea Middle East Facebook page, with an apology that calls the image “misleading,” whatever that means?—is being tweeted out by Twitter accounts with Trump and Pepe avatars, declaring it “the official moisturizer/anti-perspirant of the #AltRight.”

How many people—teams of people—does a giant ad campaign like this have to go through before it makes it to print? And all of those people apparently looked at this and thought, “Yeah that’s definitely totally fine.”

This isn’t even Nivea’s first foray into horribly misguided (if we’re being generous), racist (if we’re being accurate) advertising. Back in 2011, they were selling a line of products with the slogan “Look like you give a damn,” and the tagline “Re-civilize yourself.” And under that text was a picture of a clean-cut Black man, holding the head of a mannequin head with an Afro, presumably perched to hurl it into the distance. 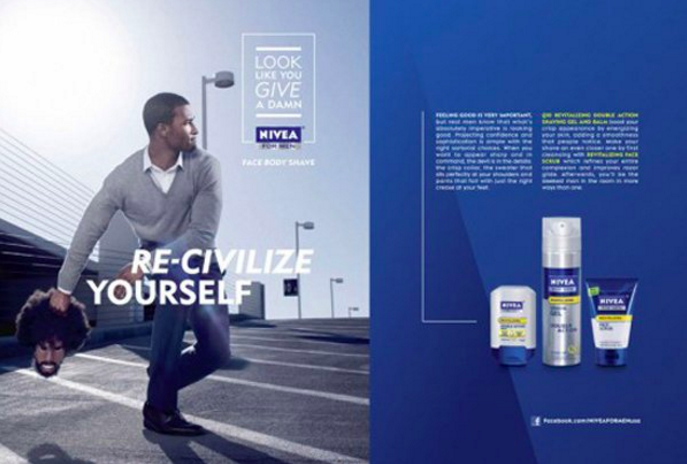 So Pepsi might not be the worst ad of the week. And as for worst of all time, well, that’s too tough a call to make. How could we possibly choose between Pepsi or Nivea, and, say, that Vanderbilt football ad that seemed to invoke sexual assault?

Or this old PlayStation ad one of our kind readers reminded us about:

sony: literally just make the most racist thing you can imagine
designer: wait what
sony: we’ll give you ten grand
designer: pic.twitter.com/02a9UJM4vA

I’m not even sure if that’s Sony’s worst ad. Their history of awful (and fairly NSFW) ads is a looooong one.

Here’s a tip for these advertising companies and the brands that hire them, for any company that’s published ads like these and needed a public outcry before they see any problem at all: DIVERSIFY YOURSELVES. We’ve offered that tip here before, and we’ll keep offering it. Why? BECAUSE IT’S EASY AND NECESSARY AND THEIR WORK WILL BE BETTER FOR IT.

Hiring some woman or POC who could raise their hands and stop these companies from utterly embarrassing themselves seems like a no-brainer at this point.