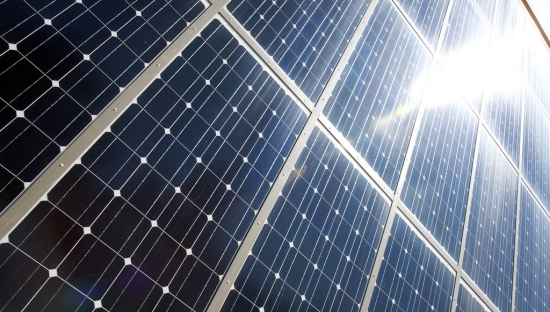 One of the most limiting elements of solar power technology so far has been that panels require a rigid surface to support them, making their placement an effort and cost-intensive chore. A new process discovered at Stanford University though, may allow thin and flexible solar panels to be applied to virtually any surface in the near future. The new panels work like decals that can be applied with an adhesive to almost any surface, meaning that middle school children of the future may be able to power their mobile devices with the Lisa Frank stickers on their notebook. Truly, we live in an age of wonders.

We’ve seen flexible solar material before, but what makes this new breakthrough really stand out is that the production method is essentially the same as making traditional solar panels. That means that the new flexible solar decals could start production without much trouble and become commercially viable and available in the very near future.

The flexible solar decals are produced in essentially the same way current solar panels are made, but a few additional steps remove the photovoltaic layer from the rigid silicon/silicon dioxide layer and allow it to be applied to a wide variety of surfaces, including paper, glass, and plastic.

Xiaolin Zheng, lead author on the paper and an associate professor of mechanical engineering at Stanford University, said, “Now you can put [solar panels] on helmets, cell phones, convex windows, portable electronic devices, curved roofs, clothing – virtually anything.” She believes this could eventually lead to smart clothing and other technological innovations. That’s because the team behind the research believes that their process is not just limited to solar panels. They say any thin-film electronic component can be processed this way and turned into a similar decal, including LCD screens, circuit boards, and ultra-thin transistors.