Okay But Hear Me Out: Pedro Pascal as Kraven the Hunter 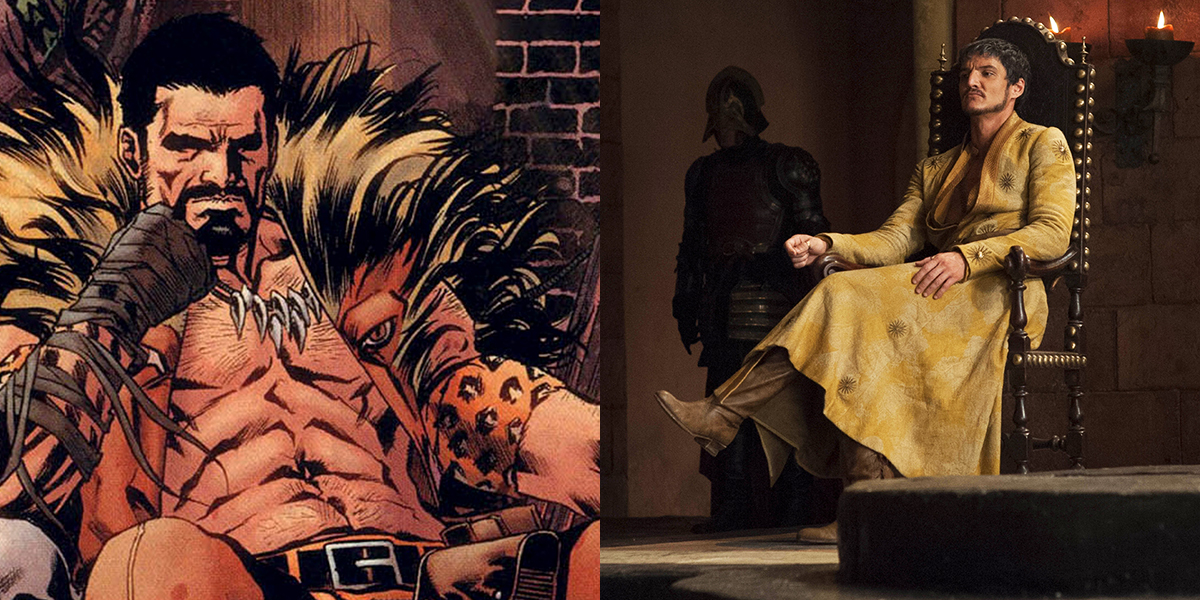 I’m obsessed with the idea of Kraven the Hunter coming for Spidey in the third Tom Holland Spider-Man movie. I can’t stop thinking about it, and it’s all I really want, and with the knowledge that we’re also getting a Kraven movie all his own, it just seems likely. But the question now is: Who should play Kraven?

At first, I wanted it to be Creed II star Florian Munteanu, but he’s playing a different Marvel hero in the upcoming film Shang-Chi and the Legend of the Ten Rings. And so back to the drawing board I went. And the more I thought about it, the more I didn’t know what I wanted. And then suddenly I was confronted with joy.

Kate Sànchez, the EIC of But Why Tho?, first put the idea of Pascal as Kraven in my head after I got excited about the idea of putting him in a Spider-Man movie in any role, and honestly, now I want nothing more. All I want now is Pedro Pascal to play Kraven the Hunter. It helps that the director of the upcoming Kraven movie (J.C. Chandor) has already worked with Pascal in Netflix’s Triple Frontier.

Maybe my love of Kraven comes from a weird affection for The Most Dangerous Game, but Kraven is a professional big game hunter, and sometimes, that game happens to be fellow human beings. A Russian who consumed a potion to enhance his abilities, Kraven is (like a lot of Spidey villains?) widowed, and it helps drive his dedication to his “craft.”

(I am going to think about how Kraven, Norman Osborn, and Wilson Fisk are all widows for the rest of the day now.)

But why do I think Pedro Pascal will work in the role? Because of Oberyn Martell. Kraven has an energy about him that makes him appealing even though he’s literally hunting people. Seeing Kraven the Hunter onscreen shouldn’t be exciting to me, and yet, here I am. The problem with bringing him to the screen in a live-action format is that you have to make a man who hunts other humans appealing, and Pascal is certainly solving that problem for me.

While yes, I love Pedro Pascal and would watch him in anything, he has the right kind of energy to make us care about someone we should hate, e.g. Maxwell Lord in Wonder Woman 1984 and Whiskey in Kingsman: The Golden Circle. And yes, to me, Kraven straight-up dresses like Oberyn did, with his chest out, so just throw some lion’s head on Pascal and we’re good to go.

Kraven the Hunter excites me because he’s a new villain for the live-action Spider-Man world. We’ve seen Green Goblin, we’ve seen Mysterio and the Lizard, and we’re supposedly going to get some repeat performances from Doc Ock and Electro in the upcoming Spider-Man movie, but I’ve never gotten a live-action Kraven the Hunter before. So, seeing him in the hands of an actor I love and trust? A perfect combo, if you ask me.