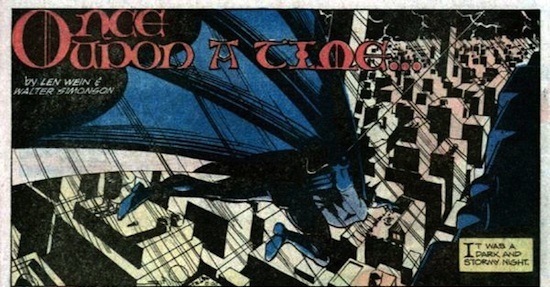 Via Brian Cronin‘s regular Comic Book Resources column “Comic Book Legends Revealed”, a particularly interesting tidbit:  See, back in 1969, Charles Schultz made a few strips that featured Snoopy writing a novel, and used them to make a series of jokes about narrative and the writing process. And more than a decade later, Len Wein turned it into a Batman comic.

It was a dark and stormy night.

Suddenly a shot ran out!  The maid screamed. A door slammed. Suddenly, a pirate ship appeared on the horizon!

As he touched her hand, she sighed…

And ended with the line:

And they lived happily ever after.  The End.

Those eight sentences are all we have of Snoopy’s opus, but to his credit, in Detective Comics #500, Wein turns out a pretty solid Batman story based on it.  Yes, even the pirate ship. (Click to embiggen.) 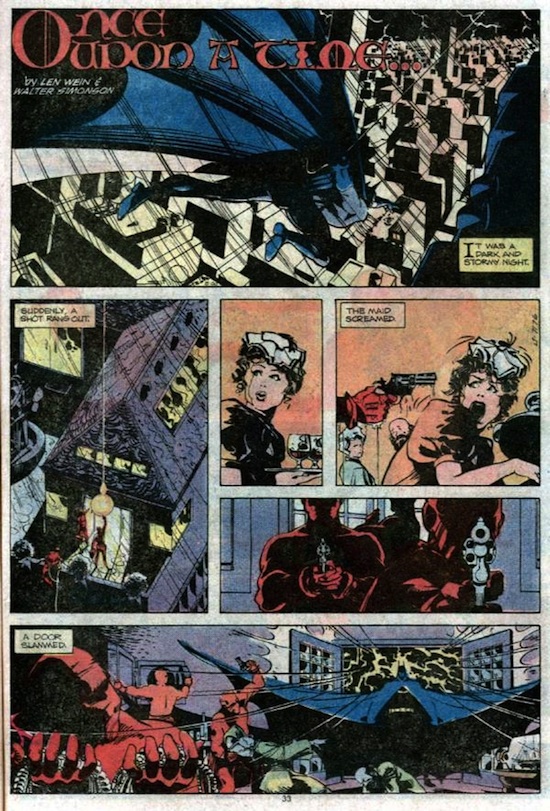 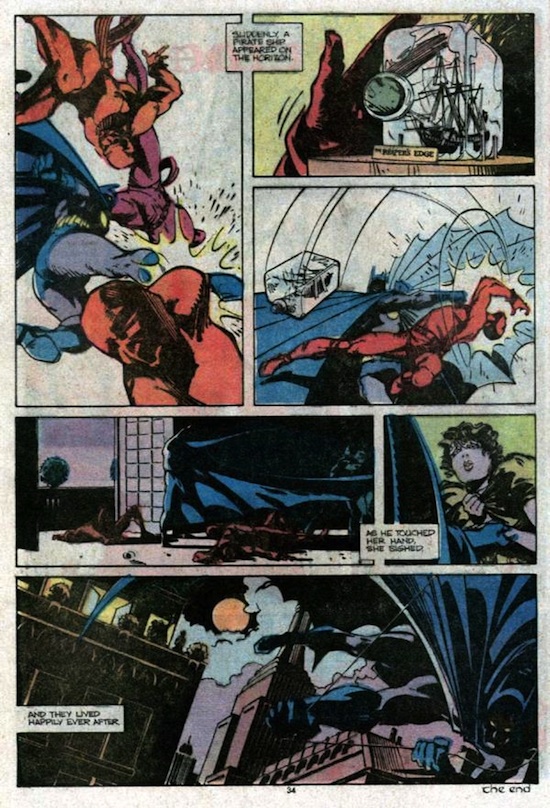 For more comics myth investigation, including legends about Hal Jordan and Two-Face, as well as the relevant Peanuts strips, visit CBR right here.