Paul the psychic octopus, everyone’s favorite animal oracle who’s guessed the outcomes of Germany’s 2010 World Cup matches with 100% accuracy, has made his selection for the winner: While his owner has cautioned that Paul’s expertise is in German matches, Paul has come to the conclusion that Spain will ultimately beat the Netherlands.

With a perfect record so far, there might just be something to this tentacled teller of fortunes. And that’s why we’ve decided to ask Paul five more pressing questions that need an official answer. Which choices will Paul ooze his way into? Only Paul knows. And with some of the world’s most important debates presented before him, Paul will have to summon the full power of the cosmos. Or however the flip he does it. 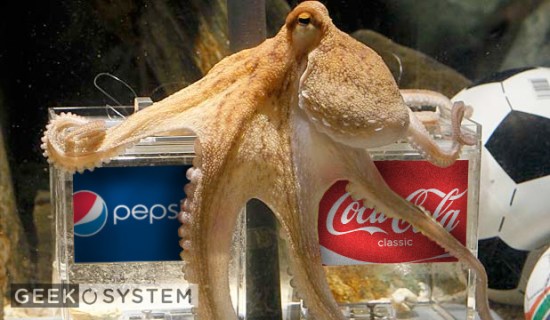 Coke and Pepsi: It’s not just a game you play at Bar Mitzvahs. It’s an epic battle between the two titans of soda, but which company really makes the better soda. Nobody knows! If you think you know, you’re wrong! Unless you’re Paul the psychic octopus of course, in which case kudos on gaining the ability to read — especially English which isn’t your mother tongue. Do you have a tongue? Anyway, we need Paul to choose one of these soft drink companies and banish the loser so we can stop having to ask which kind they serve at restaurants. Also, Paul, please take into account that Pepsi is already pandering to you. 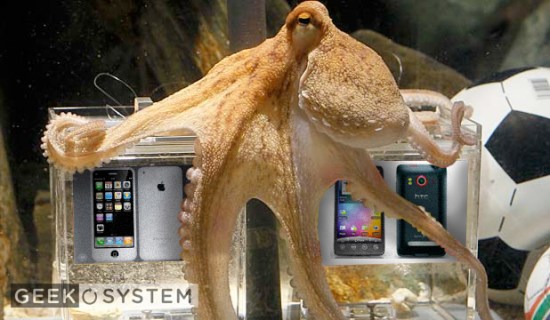 Paul doesn’t care if the HTC EVO can transform into a jet and take him to a newly formed island. He only cares about the psychic vibrations that guide his every decision. So just be sure to hold the iPhone correctly when you present Paul with this choice, or else Apple’s smartphone might not send him any vibrations at all. On the other hand, with the iPhone you could record Paul making the choice, edit it with some sweet tunes, and upload it to YouTube all from the phone. Come on Paul: Which smartphone is truly superior? (h/t @Rupert Goodwin.) 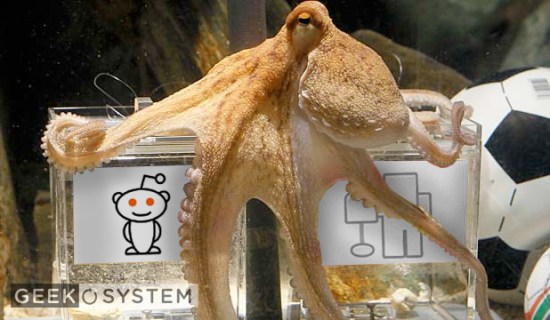 Anyone who thinks that news organizations control what’s news hasn’t been on the Internet recently. Reddit and Digg are both responsible for making and breaking news trends. But which one is truly in control? Paul, we need you to step in to solve one of the biggest Internet feuds of all time. And millions of people will determine how the Internet perceives you based on your choice, so no pressure. 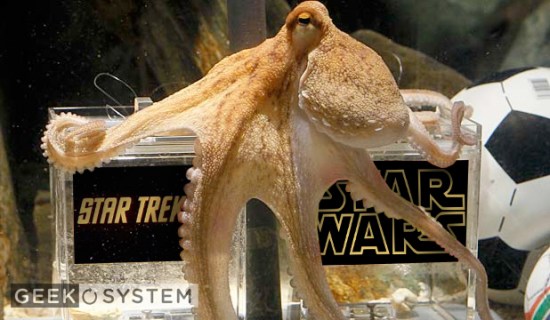 Paul is clearly a total nerd. I mean just look at him. Clearly he has seen/read/heard every single canonical item in each of the two franchises. So with all that knowledge and the power to see through time and space, only Paul is fit to make the definitive selection. Will he live long and prosper, or will the force be with him? Not to editorialize, but he should really choose Star Wars for the sole reason that he would make a baller Jedi. Eight lightsabers? Suck it, Grievous.

5. Paul the Octopus vs. Some Parrot in Singapore