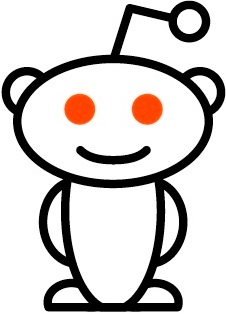 Five years ago today, social news site Reddit, the brainchild of recent UVA grads Alexis Ohanian and Steve Huffman, witnessed its first-ever post. (The site would wrap up private internal alpha testing and open to the public five days later.) Reddit’s core idea — users submitting links to relevant news stories and Internet ephemera and upvoting or downvoting each other’s submissions, producing a publication of sorts with minimal interference from top-level editors — wasn’t particularly groundbreaking. Digg had launched in December of 2004, and both sites were arguably grandfathered by the moderator-run Slashdot, which launched an unfathomably long time ago, back in September of 1997.

The world of social news sites has gotten more and more crowded since 2005, but Reddit, while not perfect, remains the best and the fastest of the lot. Reddit, which is now owned by Condé Nast, isn’t a moneymaking giant: Its admins regularly complain about their relative lack of funding. But the online media increasingly depends upon it.

Reddit’s speed and its nose for good stories aren’t bad things, but they plug into an online news infrastructure that amplifies its findings to the point of drowning out other signals. Here’s how:

There’s nothing particularly objectionable about this: The Reddit community and the Reddit algorithm work together to ensure that mostly interesting pictures, videos, and articles quickly make their way to the front page of the site. But then, that’s the function of most social news sites; what makes Reddit special?

Without getting into the tired debate pitting Reddit against Digg or quipping that today’s Digg frontpage was yesterday’s Reddit frontpage, I think that even most Digg users will agree that the Digg frontpage is not geared for speed in the same way Reddit’s is. A big Gizmodo-iPhone type story can shoot up to the top of Digg fairly quickly, buoyed by thousands of Diggs up, but for mid-tier articles of a few hundred votes, Reddit is a lot faster. Now, there’s nothing wrong with enjoying slower-paced news as a reader — what’s the difference if you haven’t seen it yet? — but from the perspective of an online-oriented writer, newer tends to be far more valuable given the blogosphere’s fickle, hour-by-hour appetite for information.

Reddit’s algorithm ensures that new, well-liked stuff shoots up, but it’s up to the community to ensure that ‘well-liked’ and ‘actually good’ have much correspondence. In a recent blog post, Reddit co-founder Alexis Ohanian briefly describes how algorithm and people work together to produce a site he’s proud of:

take a gander at the opensource, the hotness algorithm that runs the links and comments is the reason why good links/comments bubble up so quickly and why reddit’s so hard to game — that’s pure Steve Huffman.

The most credit for reddit still being around in the wake of so many genuine digg clones goes to the community, we’ve just been keeping the lights on while they do awesome things.

‘Stuff’ in this instance is most frequently pictures or videos, but it needn’t be; Reddit isn’t always the origin of Internet memes and movements, but it is almost always their vector. Consider Sad Keanu and the Zach Anner movement, the latter of which, by a typical enough pathway, migrated from Reddit to MetaFilter to The Daily What to John Mayer, before being picked up by old media slowpokes. When the likes of CNN.com and CBSnews.com pick up on these sorts of stories a few days later, they’re often the worst offenders in using vague terms like “meme” and “Internet sensation” with little or no attribution.

What about renegade imageboard 4chan, which is arguably even speedier than Reddit and which is the upstream source for a fair number of Reddit’s insta-viral images and videos? First, there’s 4chan’s perceived outlaw status, which scares many writers away and prompts others to write baffling analyses like this. Second, when ‘legit’ websites venture into the dark but diamond-rich crevasses of 4chan to find stuff, they often invoke the ire of the natives; consider the unhappiness at 4chan’s /v/ board when Kotaku declared one Pokémon-related 4chan trendlet “a meme in the making,” thereby officially killing its chances of becoming an anything.  Third, and most importantly, 4chan is pretty hard to parse for a non-addict because information comes in a continuous stream; while more recently commented-upon threads get pushed up, there’s nothing like the upvote/downvote (or Digg/bury) systems in place on Reddit and Digg, and unless a truly epic thread gets permanently archived, everything goes poof after 3 months.

A necessary sidenote: This inaccessibility also afflicts forums like eBaumsWorld, Something Awful, NeoGAF and the like, which, despite being quick on the uptake, are pretty hard to follow unless you’re a regular, less for their injokes than for the fact that they will absolutely wreck your RSS feed, the Sauron’s Eye of most bloggers and writers on the Web.

Thus, even as it lags behind 4chan and likely misses some good, creative stuff, Reddit serves for the bulk of the news-oriented Internet as the tl;dr for popular videos or pictures on 4chan, in addition to serving as a handy barometer for more serious news stories.

But gathering is only one half of the equation: Dissemination is the other, and for that we have the peculiar economy of the blogosphere to thank. New and original stories are far more valuable than old and unoriginal ones for the simple reason that the latter are commodity products: You need reportage, analysis, timeliness, and creativity to produce the former category, but for the latter, you merely need to read what other sites are writing about and more or less rewrite them.

“Valuable,” in this sense, refers not only to value to readers or value as an enterprise — though these are happy byproducts — but likelihood of making a site grow. New and interesting things become nexuses for both search traffic and referrals from other websites, which drive new people towards a site and give it nourishment in both ad dollars and broader influence.

But most blogs have tiny staffs, if any, and even blogs that do zany and original things by definition deal in a fair amount of news aggregation and referral to primary sources; this is a part of their jobs. How to be fast, timely, and upstream without the muscle of old media?

Enter the “pseudo-exclusive,” a term coined by Gawker Media CEO Nick Denton, whose company owns such geek strongholds as Gizmodo, Kotaku, and io9. According to Denton, pseudo-exclusives are a key part of his company’s business, and consist of repackaging and adding “context” to things that exist elsewhere:

But something like “Gawker’s” Peaches story (read it here if you must, as the original commenter has deleted his account) is genuine, albeit tabloidy, news of the sort that any celebrity glossy would eagerly snap up. Likewise, Reddit-driven trends like the aforementioned Sad Keanu. The real oddity of the matter is that old and untimely things recently discovered by Reddit will course through the Internet, riding the waves of a sea of bloggers. A 2008 YouTube video of a baby hearing for the first time will suddenly explode when it makes it to the Reddit front page, and some lucky bloggers will reap the benefit. An imgur stitchwork of old Picasa gallery photos of identical newspapers will make it to the front page, and SlashFilm — which properly credits Reddit in its post — will ride an insane wave of referrals, many of which don’t mention Reddit at all.

As someone who works in the biz and who obsessively reads Reddit for business, pleasure, and mild addiction (and who runs a site that credits Reddit and individual Redditors when credit is due) there’s little that annoys me more than bloggers ripping stuff off from Reddit without acknowledging their source, as though they alone possess clever and all-scouring eyes over the Internet.

This particularly afflicts Digg: It’s one thing when the same Imgur-hosted picture from 2005 finds its way onto the front pages of Reddit one day and Digg the following day; it’s another thing when a random site with an odd name pulls the picture, makes no mention at all of where it found it, and shoots to the top of Digg, as happens on a weekly basis. In addition to the timeliness of Reddit’s finds and writers’ personal appreciation of the material, it is this hope of undeserved spoils that I’d wager motivates a good deal of the Reddit-pilfering that goes on online.

As The Village Voice‘s Foster Kamer, who enjoyed the Internet’s warm bounty after posting that video of the deaf baby hearing for the first time, aptly observed on Twitter, “if Reddit were [to get] a cut every time blogs make 100K+ visitor posts off it, shiiiit.” Maybe then, Reddit could actually afford a search function!

(This is written with love.)

But this is all inside baseball, and may not interest nonbloggers or non-Redditors all that much. What should interest the lay Internet citizen is that by serving as such a dominant go-to guide for the Web — in which capacity it does a fine job — Reddit actually narrows the lens of discovery. If the Internet has one defining property, it’s that there’s so much of it, but the ease of a go-to guide means that so much of what’s new and noteworthy will die unheralded, and so much of what’s old and interesting will never be excavated. But if you read any blog, even if you never read Reddit yourself, you’re probably reading Reddit runoff on a fairly frequent basis.

Redditors may not like to hear this or may warily agree, but I think that Reddit front page-reblogging has in some respects become the shadow version of SEO spamming for many sites, old media sites included. As a site that regularly finds cool stuff on Reddit and writes it up, I will admit that Geekosystem is one of the offenders. (But again: Out of genuine love.) Reddit fare has already been found, taste-tested, and collectively chosen by some of the most discriminating (read: whiny if they don’t like it!) palates on the Internet. But it’s not all there is.

Moving beyond Reddit itself, the broader issue is that for all of the eyes and brains wired into the Internet, it’s a surprisingly undemocratic place. The online media that reach millions are run by a relatively tiny clique, and even the ones that don’t slavishly follow other sites are still subject to broader trends. Individuals unaided by vectors like Reddit don’t actually have much power to get it out there, and so most of their individual discoveries or creations that would potentially interest many thousands still have no voice. And so you, dear reader, may never see that elusively cool thing that could make your day or the article that could change your life.

2. The online media, broadly defined, jacks a lot of that stuff, and the bad ones don’t give Reddit any credit either because they think it will enhance their stature or because they’re just sloppy/lazy.

3. A lot of other cool or important stuff never sees the light of day as a result.