The Final Resting Place of Paul, The Psychic Octopus 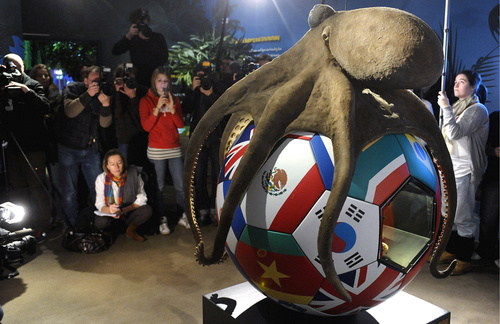 Though we have had time to mourn the passing of Paul The Psychic Octopus, the process of grief is never really over until it has an external focus. A headstone, an obituary, or perhaps a huge, colorful memorial in Germany.

Paul, who correctly predicted the last seven games of the World Cup in 2010, has been honored at the Sea Life Centre in Oberhausen, Germany with this splendid monument to the cephalopod that captured our hearts. And maybe you’re wondering what’s in that transparent section in the middle. From The Washington Post: 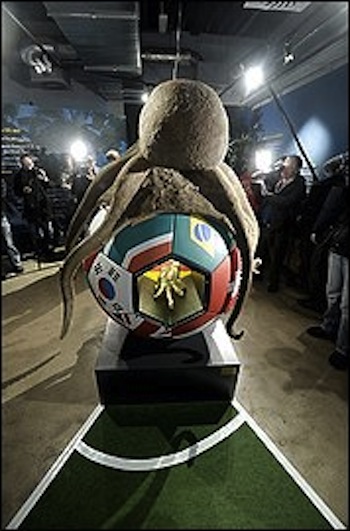 (Via The Daily What, pictures via AP)