Something that could never ever possibly destroy us! 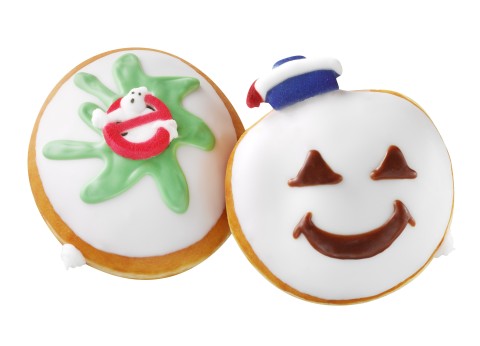 What’s the first food you think of when you think of Ghostbusters? Twinkies? Mysteriously exploding eggs? Marshmallow goo? What about if we took a bunch of doughnuts and filled them with marshmallow goo? Because that’s what Krispy Kreme is doing this Halloween, and gosh are we unreasonably excited about it.

The doughnut chain has teamed up with Sony Pictures to create the above two Ghostbusters-inspired treats, which will be available from September 29th through October 31st this year in participating U.S. and Canadian locations, and only while supplies last. I think I speak for all of us when I say that my face looks like this right now: 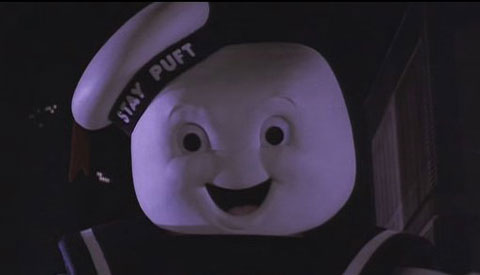 “We are so excited about the 30th anniversary of Ghostbusters and our collaboration with Krispy Kreme Donuts as well as the launch of our new Ghostbusters website,” Greg Economos, the Senior Vice President of Sony Pictures Consumer Products, said in a press release today. “Both brands have an incredible legacy with consumers and with exclusive donuts at Krispy Kreme locations and a retail promotion featuring the Blu-ray offering, we are confident everyone’s proton packs will be loaded.” Not bad as far as references go, but I’m pretty upset that no one from either company ever once referred to the doughnuts as “gutbusters.” Come on, guys—it’s right there.

If you’re desperate to ensure that you don’t go this autumn without biting into the head of the Stay Puft Marshmallow Man (and let’s be real, who wouldn’t want to do that?), you can call your local Krispy Kreme to pre-order them in advance. Just remember: if the guy behind the counter asks if you’re a god, you say yes.