Paul F. Tompkins Fought a Troll Over the Bechdel Test, Tells All Men They Can Do Better 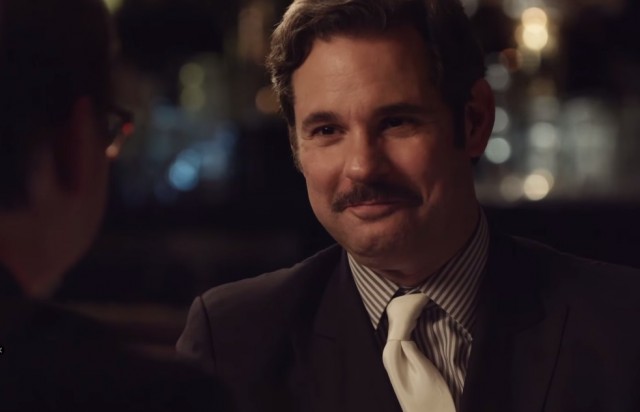 Over the weekend comedy writer Caissie St. Onge tweeted a joke about Dawn of the Planet of the Apes and the Bechdel Test and not surprisingly (because the Internet) someone chimed in to be a jerk about it.

Make joke about sexism in Planet of the Apes, this is how a stranger talks to you. RT @TheSamGrady: @Caissie jesus christ who fucking cares

Comedian, host, and mustachioed champion Paul F. Tompkins also replied to the commenter and spent days going back and forth with the jerk. Tompkins screencapped the entire exchange and posted it to his personal site. Here is the beginning: 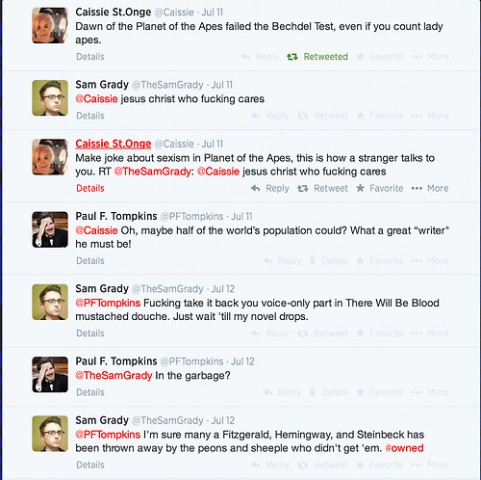 At times it’s unclear if the person he’s arguing with is a sincere monster or just some trolling troll trolling some troll stuff. Regardless, the summary that Tompkins wrote at the end of exchange is wonderful.

HEY YOUNG MEN! I know it seems like women complain a lot about how they are represented in media, including fiction, and how it seems like they want entertainment tailored specifically to them, and how they seem to want ALL of pop culture to be politically correct or feminist-ized or whatever it is you think they want, but really, what’s happening is that women are tired of seeing garbage women characters in most of our entertainment. And they’re wondering, Would it really be so much trouble to make more realized female characters? You could still have all your CGI and action and science fiction and drama and swords and stuff, but the female characters could be a little more fleshed out and interesting. And the entertainment would still be good and would, in fact, be better.

He goes on to tell men, guys, and fellows why they should get on board with better representation for everyone in media. Be sure to check out Tompkins’ full post, particularly if you’re a weird creep who could use a lesson in not being a weird creep anymore from a well dressed comedian.