Still kinda miffed at you, Paul 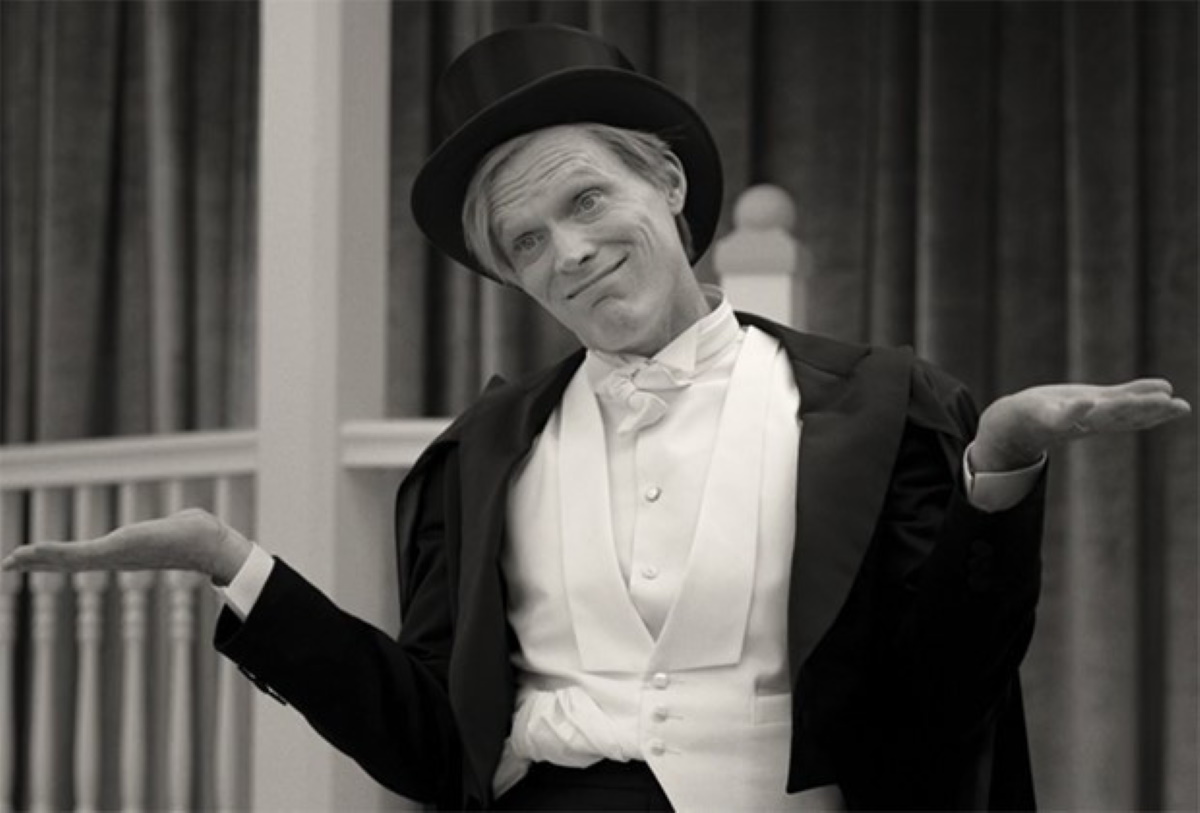 Spoilers for episode 8 of WandaVision

Tomorrow is the finale of WandaVision and my emotions are currently in a blender set on high. This series has really put us through the emotional wringer, and no one knows that better than the cast and crew that’s been putting on a hell of a good show for us. Fan theories are aplenty, with all of us trying to find meaning in what’s been said in interviews or if you pause a certain scene at the right time.

One thing that came up was a comment Paul Bettany made about looking forward to an upcoming cameo. Others here at The Mary Sue have speculated what that could mean, ranging from James Spader to Dick Van Dyke. However, it turns out that Bettany was talking about himself, as revealed in the mid-credits scene of episode 8 of WandaVision. Granted, that James Spader theory takes the reveal of White Vision into account, but when Bettany went on Good Morning America he confirmed that he was joking about the cameo.

“You know when you think something’s gonna be funny, and then you say it, and then you actually panic about it? Which is what I did cuz fans started guessing who it might be,” Bettany says in the video. After mentioning a couple of guesses fans had (Benedict Cumberbatch and Patrick Stewart would be amazing, btw), he went on to admit that those were good ideas, and, “They’re gonna be so disappointed when they find out that it’s me.”

So yeah, the actor Paul Bettany was excited to work with because of the amazing chemistry between them was … Paul Bettany. But that doesn’t completely rule out the possibility of a cameo tomorrow, right? Michael Strahan says as much, “You could be trolling us right now,” he says.

Bettany gives a smirk as if confirming the possibility of Strahan being right. When asked if there is a cameo Bettany responds in the most masterful, and hilarious way, saying that he’d love to answer but his service keeps glitch—

Then he pauses, frozen in place like his Internet just crashed.

This is the kind of fandom engagement from celebrities I adore, this playfulness where actors don’t feel so distant from us and, instead, feel like regular people who would absolutely troll everyone to build anticipation.

It’s effective. It’s charming. It’s all a part of fandom.

I think there’s this idea that celebrities aren’t aware of fandom existing. They most definitely know they have fans, but I think there’s this assumption that they have no idea that we’re out here sharing fan theories, art, fic, cosplay, everything that keeps the properties we love thriving. Sure, there are definitely celebrities out there who have no clue about that 100,000 word Endgame AU fic on ao3, but trust me, plenty of them know about your headcanon and will, at times, give a wink to the camera about it.

Bettany (and anyone who is part of the WandaVision crew, I’m sure) knows that we’ve been chomping at the bit week after week for answers to the questions we always have when an episode ends (please stand by my ass, why are you DOING this to me, show?!). They especially know because of everything episode 8 reveals, what the episode ends on, and how after tomorrow there will be no more weekly theory think pieces … give or take a couple of days to sort out, and rewatch, the entire series.

Mentioning a cameo, having the cameo be himself, then teasing at the idea that maybe there is gonna be something is the kind of fun interaction I like to see happen when actors talk about the work they’re doing.

All right, I will give Bettany the benefit of the doubt when he says that he didn’t fully get how wild we’d go with his cameo comment, but the way he’s playing into it now? He’s purposely toying with our emotions and he knows it, but honestly, that’s part of the fun of being in a fandom.

Now if someone can let me know if the way he held his palm open to do that glitch gag is a reference to a moment in the comics, which could hint at that fabled cameo, that’d be great.