Grab your red string and come with me. 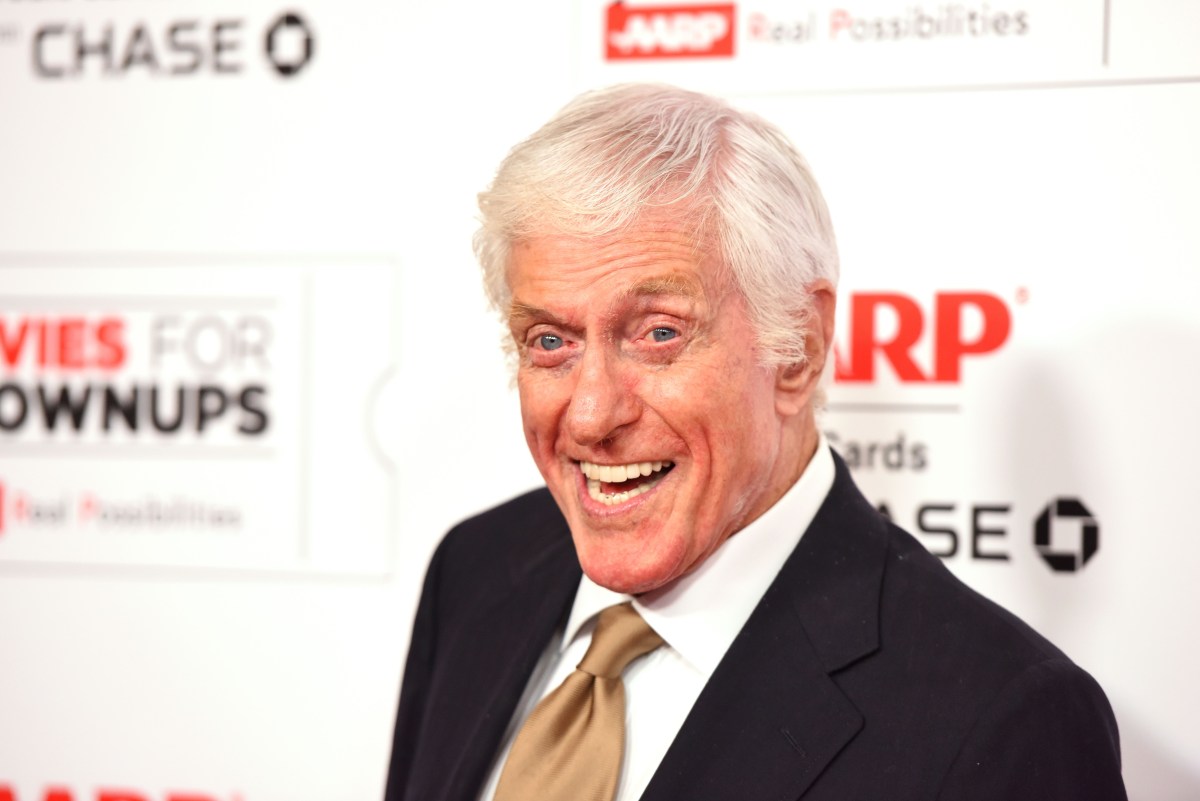 SPOILER ALERT: This post discusses the events of episode 8, “Previously On” of WandaVision. It also discusses the season 2 finale of The Mandalorian.

With only one episode of WandaVision remaining (sob!), viewers are eagerly anticipating what twists and turns the finale has in store. There are so many threads to wrap up and mysteries to solve, but chief among them is the identity of the mysterious high profile guest star. Paul Bettany teased a major cameo in an interview with Esquire, where he said, “There is one character that has not been revealed. And it is very exciting. It is an actor I’ve longed to work with all of my life. We have some amazing scenes together and I think the chemistry between us is extraordinary and fireworks on set.”

Elizabeth Olsen also discussed the mysterious cameo, when she was asked if the series had an A-list reveal like Mark Hamill’s Luke Skywalker showing up in The Mandalorian. Olsen responded “Yes,” adding “I’m really excited” for viewers to see who is coming.

Everyone has wild theories about who the cameo will be, ranging from Magneto (McKellen or Fassbender) to Wolverine to Dr. Strange to Professor X (Stewart or McAvoy) to even Tony Stark himself. Our own Kaila Hale-Stern made a convincing argument for James Spader’s return as the voice of Ultron for White Vision. We’ve already had our collective minds blown by the Evan Peters/Quicksilver reveal, but there’s got to be more in store.

But all those theories are ignoring the obvious answer that’s been right under out nose/ottoman the entire time: Dick Van Dyke.

Stay with me: Bettany said the actor was someone he “longed to work with all of my life”, which implies that the actor is someone older and more legendary. It’s also someone he’s never worked with before, so that rules out his fellow Avengers. Geek site io9 thinks that Bettany’s response is a cheeky allusion to himself as White Vision, which is possible.

But “Previously On” showed us that Wanda’s favorite sitcom as a child was The Dick Van Dyke Show. The episode she and her family watch, season 2, episode 21, “It May Look Like a Walnut”, is itself a dream episode that features Van Dyke’s character Rob Petrie questioning his own reality.

The episode sees Rob watching a scary science fiction movie before bed, where aliens invade Earth and transform humans with a mysterious element hidden in a walnut. The next morning, Rob finds walnuts everywhere and discovers that his co-workers and wife are acting strange. Rob realizes that aliens have body-snatched his friends and family, and that he is the last human on Earth, before waking up from his nightmare.

Given the importance of Dick Van Dyke to Wanda and to television history, I believe that he will appear on the series. Adding fuel to my theory is a meeting that series director Matt Shakman and Marvel CEO Kevin Feige had with Van Dyke, who was a consultant on WandaVision’s early episodes. When asked if a DVD cameo was in the works, Shakman replied, “I couldn’t possibly say!”

But who would DVD be playing if he is in fact the cameo? He could be playing a version of himself, of course. But given what we’ve learned about Wanda’s chaos magic and the Scarlet Witch reveal, he could be playing classic Marvel villains like Mephisto or Nightmare. But both villains, who could show up in Dr. Strange and the Multiverse of Madness, will likely be played by younger actors (Van Dyke is 95, after all).

My money is on Chthon, the Elder God of Chaos (think Marvel’s version of Cthulhu). Elder Gods ruled the Earth before they were banished to other dimensions. Before his banishment, Chthon reached out and touched an infant girl, marking her as a potential vessel/conduit to return to Earth. That girl, of course, is Wanda Maximoff. Marvel has a long history of Wanda being possessed by/battling Chthon, so it would make sense for the character to show up here. We’ve also had a glimpse of what is presumably The Darkhold in Agatha’s basement, a grimoire written by Chthon that also works as a gateway between dimensions. 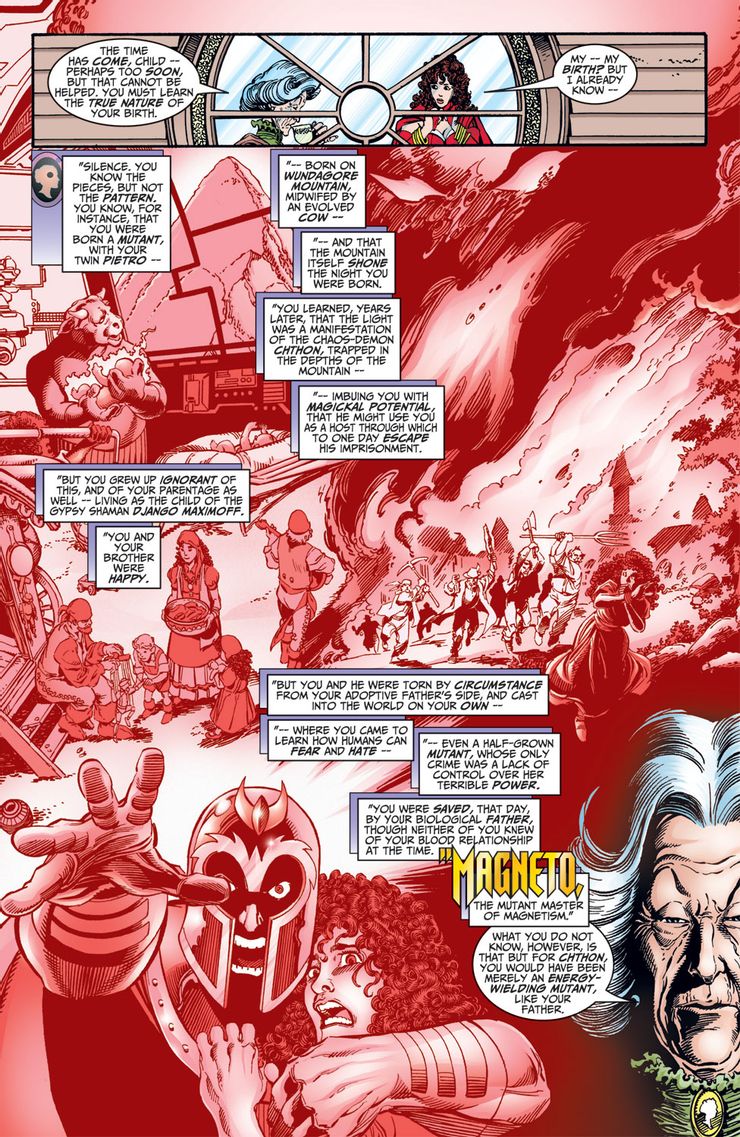 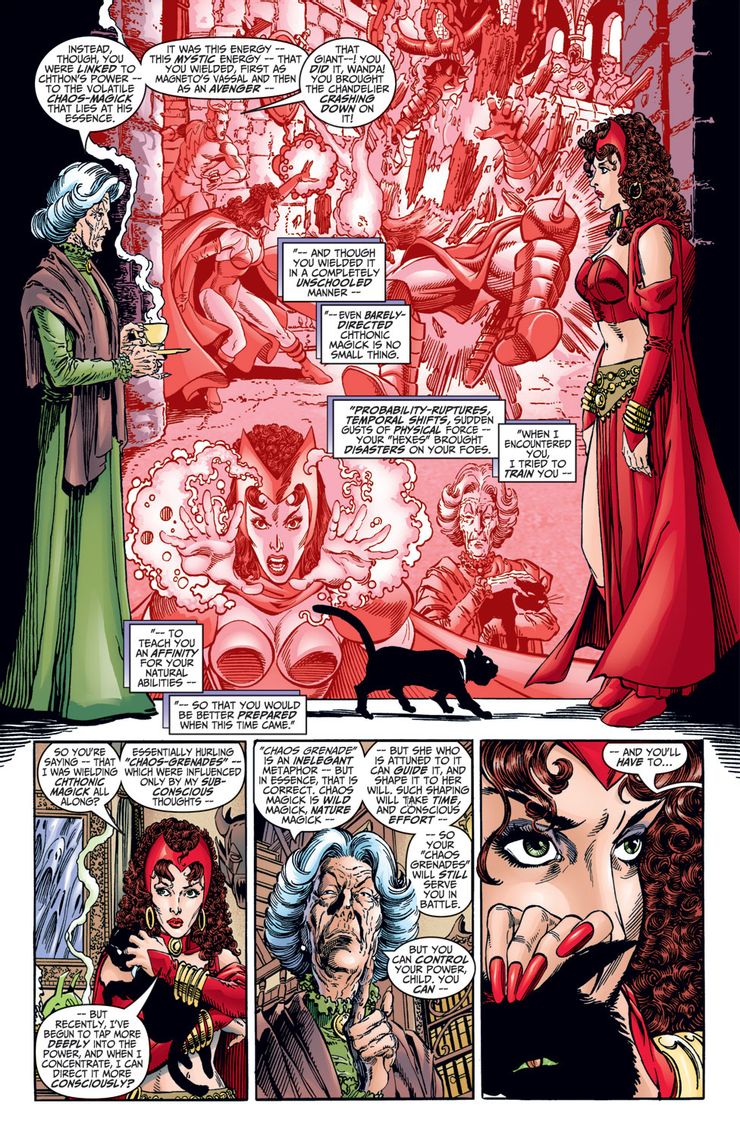 We’ll find out on Friday whether I’m right, or whether I’m too far down the rabbit hole. Do you think DVD will be the big cameo reveal or do you have someone else in mind? Let me know in the comments!

(Me explaining my Dick Van Dyke theory to anyone who will listen. image: FX)