If This Cameo Happens on WandaVision I Will Be Fully Broken 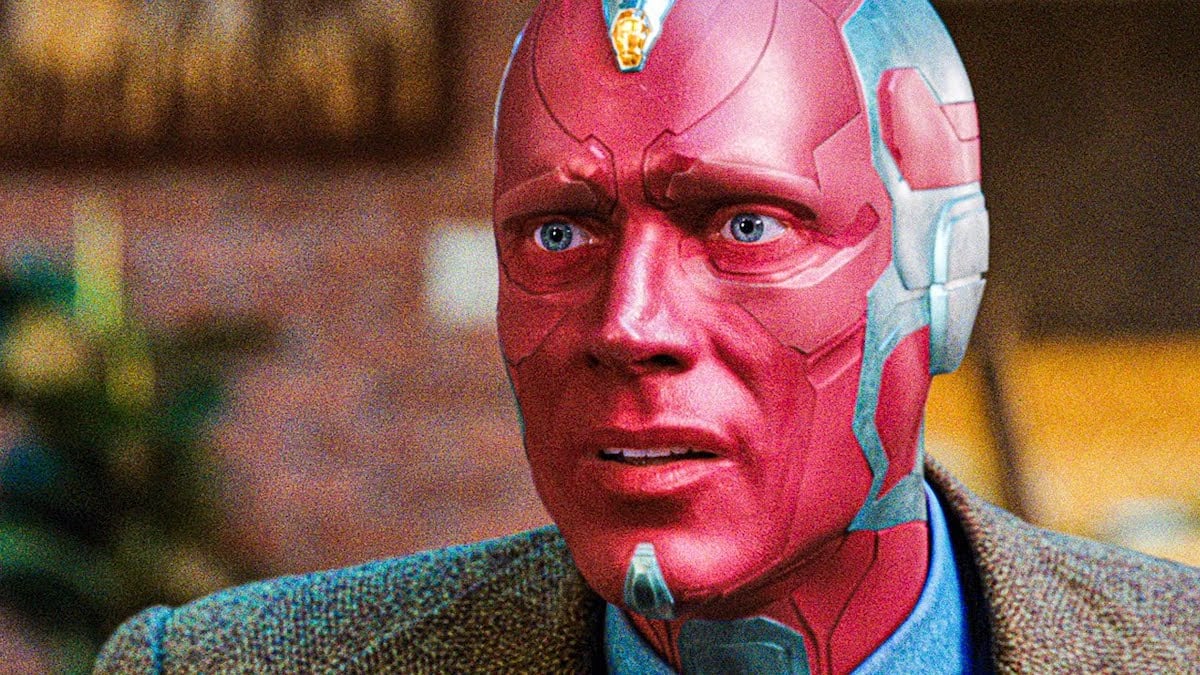 ***Major spoilers for WandaVision episode eight! Abandon ship if you haven’t watched yet!***

WandaVision’s eighth episode was one of the best yet, a profound and heart-wrenching exploration of grief through a superpowered lens. Unfortunately, thanks to the episode’s end credits scene, we know that things are only going to become even more painful for Wanda & Co. next time around. The introduction of a revived “White Vision,” operating as a living weapon at the behest of Director Hayward, is both Wanda and Vision’s worst nightmare. And it’s possible that the show might deliver another devastating blow with a choice cameo.

This is only a theory right now, but I think WandaVision might bring James Spader, who voiced the robot evil Ultron, in to voice “White Vision.” Spader has been listed for ages on WandaVision credits as providing Ultron’s voice, which could be a feint. I kept waiting for Spader to make a vocal appearance in episode eight, “Previously On,” as we traveled through Wanda’s past. Ultron is certainly a huge part of her trauma and is responsible for Pietro’s death. But Ultron never showed or was heard from.

After the end credits reveal, I’ve been thinking about how Spader voicing White Vision would be incredibly effective. It would work to further distinguish White Vision from our “real” Vision who we now know Wanda generated in the Hex. Spader gave us a wonderfully creepy and sinister voice performance as Ultron in Avengers: Age of Ultron. White Vision is likely going to be creepy and sinister, or at least single-minded in his mission to bring about Wanda’s destruction.

In Marvel comics, when “White Vision” comes to being, he no longer identifies as Wanda’s husband or the twins’ father. He’s emotionless and cruel, lacking the warmth and goodness of original Vision. He’s literally drained of Vision’s colorful vitality.

wandavision spoilers//
–
–
–
–
–
now that we have white vision, If anything like this is gonna happen im litetally gonna cry #WandaVision pic.twitter.com/UT603Kh7nF

Of course, it will be hugely painful for both Wanda and Vision to have to battle this fell version of the synthezoid, regardless of whether his voice is Paul Bettany’s or James Spader’s. Wanda may have to kill at least the shell of the man she loves yet again, or else watch White Vision destroy others that she loves. I think we may also get some serious Vision-on-Vision fighting, as Vision will surely be outraged by this abomination of his former self.

Even if Wanda’s Vision doesn’t remember everything about what he was, he’ll be impacted by witnessing Vision’s greatest fear—being turned into a living weapon that can be used by others to unscrupulously kill.

If Spader’s voice cameo is indeed used for White Vision, it’s another turn of the screw for our titular couple. Ultron’s voice must remain a horrifying memory for Wanda. Vision only exists in the first place because of Ultron’s awful schemes. Both of their histories are closely bound up with the dastardly robot. I also wouldn’t put it past Director Hayward to purposefully make White Vision sound like Ultron just to further unnerve Wanda.

It’s possible that Spader could really be returning as Ultron—in which case, I’ll be fascinated to see how they bring that about. Maybe we could have another Ultron from the Multiverse, or an Ultron whipped up from Wanda’s magic for reasons unknown. In the comics, Ultron seems to manage to come back again and again even after he’s been seemingly stopped for good.

No matter how he returns, if we do hear from Spader, that voice will mean sorrow for Wanda and Vision. And that means even more pain for us in the audience after the cry-inducing scenes in “Previously On.”

Just realized that White Vision won’t have any memory of who Wanda is. #WandaVison is literally breaking my heart. pic.twitter.com/9KlU1vVlOy

Cause why was #WandaVision Episode 8 that damn good and the fact that we got Agatha called Wanda “The Scarlet Witch” for the first time in the MCU as well as White vision. We really eating this Marvel Disney platter pic.twitter.com/bKzYVZyTzG

Do you think James Spader will return? What are your theories for what we’ll see in WandaVision’s future?