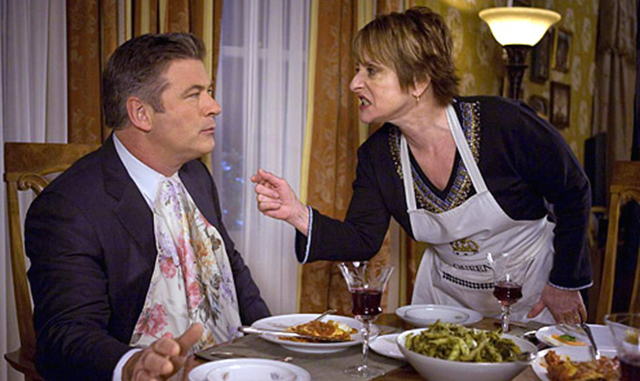 You know how for Penny Dreadful fans, there’s a lot of overlap between people who like campy stories about fighting demons and people who like tonally-faithful interpretations of famous literary works?  We’re gonna go ahead and guess that there’s a lot of musical theater fans among y’all as well, because who doesn’t love literary-made camp like a Broadway nerd? Well, hold on to your Playbills, because all your dreams are coming true.

Today it was announced that Patti LuPone, noted Broadway star and television veteran, will join Eva Green and company in the second season of Penny Dreadful, playing someone who The Wrap describes as “mysterious character of great importance in Vanessa’s past.” Man, Vanessa’s past is so heavy that we could be talking about anybody here. That’s why her bustle is so big: it’s full of secrets.

LuPone’s no stranger to the macabre Victorian aesthetic; in addition to her recent role in American Horror Story, she played Mrs. Lovett in the most recent revival of Stephen Sondheim’s Sweeney Todd, who as you’ll recall got name-checked last season during one of Caliban’s flashbacks. Y’all, if she reprises her role—nay, if meat pies are even mentioned—then I will lose it faster than a gentlewoman on a fainting couch.

In addition to LuPone, we’ll also be getting La Cage Aux Foiles’ Douglas Hodge as  a Scotland Yard investigator looking into London’s grisliest murders; Jonny Beauchamp as “a young man with a singular past” (is it weird that I kind of want him to be Edgar Huntley for some reason?); and Sarah Greene as the daughter of Evelyn Poole, AKA Madame Kali. Oh, yeah, did we mention that Helen McCrory and Simon Russell Beale are back as regulars? Look at that, everything’s actually coming up roses for us!

(via The Wrap, image via Drama League)