Guess that's why he's not returning to The Tick. 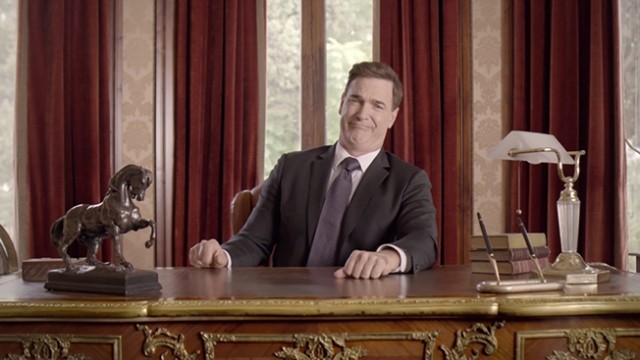 Patrick Warburton, famously known for his starring role in the cult hit TV show The Tick, just joined the star-studded cast of A Series of Unfortunate Events as Lemony Snicket, the authorial stand-in. Hearing that Warburton has a relatively big part on a new series makes a lot of sense, since we just heard that Amazon had picked up The Tick for some more episodes but that Warburton wouldn’t be reprising his role as the series’ star. He had to be busy with something else, right? And that “something else” is Lemony Snicket, turns out.

This Unfortunate Events TV show, which will air on Netflix, already casted Neil Patrick-Harris as its central antagonist, as well as Malina Weissman (known for playing young Kara on Supergirl) and Louis Hynes as Violet and Klaus.

Warburton’s role as Lemony Snicket will probably be more of a narrator/voiceover part, if it’s anything like the Unfortunate Events movie (in which Jude Law voiced Lemony Snicket). We all know Warburton’s a talented enough voice actor to pull off a sight-unseen role, what with his distinctive timbre. On the other hand, the TV show might not bear any similarity whatsoever to the movie — which might be a good thing, since although the movie received a fair amount of praise at the time, it could have used a bit of tightening up story-wise.

A TV show seems like a much better format for delivering this book series, don’t you think? Are you sad to learn the probable reason why Warburton won’t be reprising his role on The Tick? I’m definitely sad about that, myself, although it does seem as though Unfortunate Events has ended up with a fantastic cast.

(via THR, image via AdWeek)