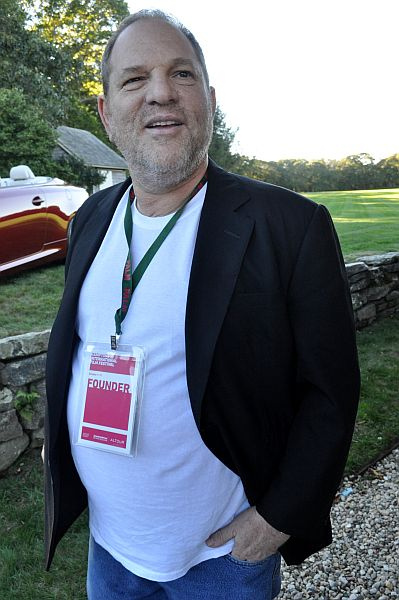 Lest you think that Harvey Weinstein may have at least had the decency to go gracefully when he was fired from The Weinstein Company after decades of sexual harassment, here’s evidence that he continues to only care about saving himself. Even as he promises to “get help.”

According to The Hollywood Reporter, Weinstein sent a personal email to several Hollywood executives begging them to intervene on his behalf with his board. He asks, “If you could write this letter backing me, getting me the help and time away I need, and also stating your opposition to the board firing me, it would help me a lot.”

He also makes sure to include, “A lot of the allegations are false as you know…” Really? Do they know that? Does he assume they know that, or that they’d believe that to be the case so long as he says so?

Thankfully, he doesn’t seem to have gotten any support in return for this email, or if he did, it didn’t help him with his board. Here’s his email in full (and thank you to whichever executive provided this to The Hollywood Reporter):

My board is thinking of firing me. All I’m asking, is let me take a leave of absence and get into heavy therapy and counseling. Whether it be in a facility or somewhere else, allow me to resurrect myself with a second chance. A lot of the allegations are false as you know but given therapy and counseling as other people have done, I think I’d be able to get there.

I could really use your support or just your honesty if you can’t support me.

But if you can, I need you to send a letter to my private gmail address. The letter would only go to the board and no one else. We believe what the board is trying to do is not only wrong but might be illegal and would destroy the company. If you could write this letter backing me, getting me the help and time away I need, and also stating your opposition to the board firing me, it would help me a lot. I am desperate for your help. Just give me the time to have therapy. Do not let me be fired. If the industry supports me, that is all I need.

With all due respect, I need the letter today.

Any kind of a “comeback” you’ve got planned, Mr. Weinstein, will have to be done on your own.