Uh, we had a slight spacesuit malfunction, but uh... everything's perfectly all right now. 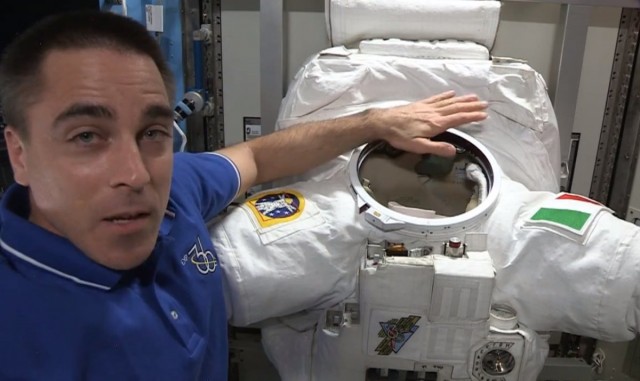 On July 16th a scheduled spacewalk was aborted early when Italian astronaut Luca Parmitano’s helmet began filling with water. In two new videos by NASA, Chris Cassidy — the other astronaut on the spacewalk — explains what went wrong while on board the ISS. You’ll learn a lot about spacesuits. Take a look.

In the first video, posted yesterday, Cassidy shows off Parmitano’s helmet and explains where the water was coming from, and how things are supposed to operate.

In the second video which went up today, Cassidy goes through all the possible sources of water (and pee!) that are in a spacesuit, and he explains the actual cause of the leak. (Not pee!)

So the culprit was a ventilation connector between the helmet and the spacesuit itself. I bet everyone — especially Parmitano — was glad it wasn’t pee.

The aborted spacewalk has yet to be rescheduled, but none of the tasks that were slated to be accomplished by Cassidy and Parmitano while outside the ISS are considered urgent, and the current focus is on making sure the spacesuits are working properly and not leaking water into people’s helmets.