Luca Parmitano Recounts that Time He Almost Drowned in Space

His helmet began filling with water in space, and he lived to blog about it. 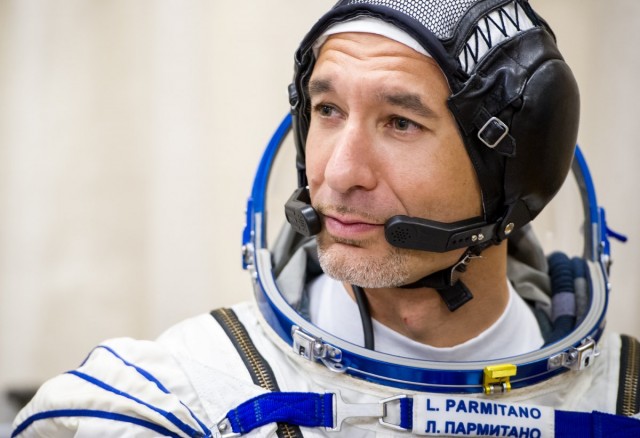 During a spacewalk on July 16th, Italian astronaut Luca Parmitano began complaining that his head felt wet. That was because his helmet was filling with water. That shouldn’t happen. The spacewalk was cut short, and Parmitano is fine. Now a month later he’s given a firsthand account on his blog on the ESA site.

Take a moment to picture yourself floating in the blackness of space, the only thing separating you from the void is your spacesuit. Then that spacesuit begins filling with water.

If it were me, and I had to recount the story a month later, it would just be me type-screaming for a few pages, because I would have lost it. Parmitano is a little cooler under pressure than I am, which is probably why he’s an astronaut and I’m a guy who writes about astronauts.

On his blog he described the experience in detail which is equally fascinating and horrifying. Here’s an excerpt:

At that moment, as I turn ‘upside-down’, two things happen: the Sun sets, and my ability to see – already compromised by the water – completely vanishes, making my eyes useless; but worse than that, the water covers my nose – a really awful sensation that I make worse by my vain attempts to move the water by shaking my head. By now, the upper part of the helmet is full of water and I can’t even be sure that the next time I breathe I will fill my lungs with air and not liquid.

I try to contact Chris and Shane: I listen as they talk to each other, but their voices are very faint now: I can hardly hear them and they can’t hear me. I’m alone. I frantically think of a plan. It’s vital that I get inside as quickly as possible. I know that if I stay where I am, Chris will come and get me, but how much time do I have? It’s impossible to know.

It’s amazing that Parmitano was able to keep a clear head during all this, and it’s probably what saved his life. As he says, fellow astronaut Chris Cassidy would have gotten him, but whether or not it would have been in time is something we’ll thankfully never have to know.

You can read the full harrowing tale over on Parmitano’s blog. It’s one of the scariest things I’ve ever read.

(via ESA, image via NASA)