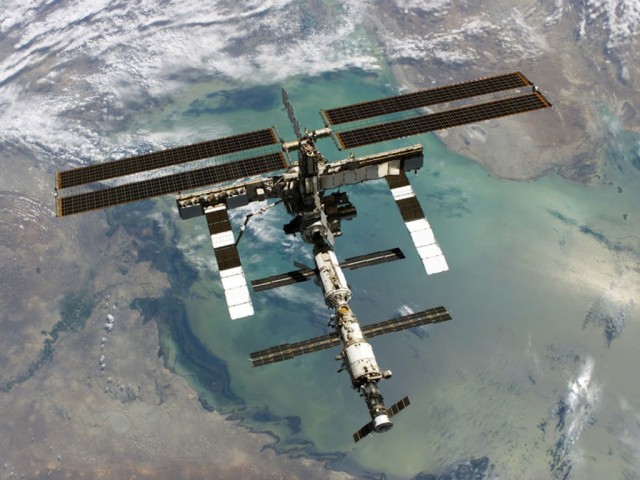 At the risk of starting your Friday of with bad news, an ammonia leak in the system that cools the International Space Station may be more severe than initially thought, say officials familiar with the situation. Ground crews are working overtime to try and determine the cause of the leak, and emergency spacewalks  that will let astronauts on board diagnose — and ideally fix — the problem are being scheduled  for the coming days.

The leak in power channel 2B — where energy collected by the station’s solar arrays is converted into power for the spacecraft — was known to ISS crew members and ground control, but slow enough that it wasn’t a concern. That was the situation until last night, when the rotation of the solar panels seemed to worsen the leak. Crew members were first alerted when they began to see white flakes drifting near the station, a sign that ammonia was not staying in the cooling system where it belonged. This morning saw power channel 2B shut down, transferring its critical responsibilities to another channel and diminishing the station’s power production capabilities by more than 12%.

A slow leak in the 2B channel has been apparent since 2006, but the amount of ammonia escaping the space station was so minimal as to not require immediate attention. A spacewalk last November was meant to repair the leak, which was likely caused by a tiny asteroid or debris strike like the one that punctured the station’s solar panels recently.

We’re probably not at the point where anyone needs hold a good thought for the ISS crew yet — after all, there’s a reason these guys get to go to the ISS and we don’t. They’re pretty well-equipped to handle this kind of thing, whereas I would probably just be rocking back and forth slowly in zero gravity right now. Instead of that, flight engineers Tom Marshburn and Chris Cassidy will be spacewalking out to attempt to divert ammonia flow around the leak and restore the power channel to working order tomorrow. Yes, because they’re better men than I, but I don’t think it’s necessary to point that out.