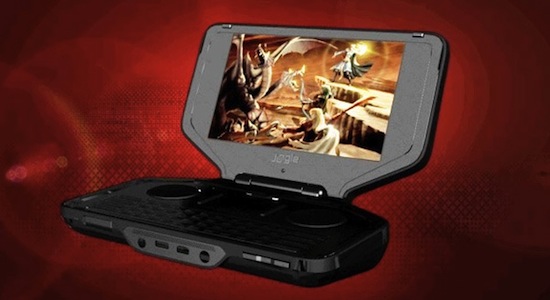 Last night, Panasonic Cloud Entertainment, what is essentially an offspring of Panasonic, unveiled Jungle, a portable gaming system with a focus on online gaming and MMOs, and is apparently launching with the browser-based Battlestar Galactica MMO from Bigpoint.

Details are slim with the reveal video (shown below), other than stating the Jungle is a “mean little machine,” and is launching with BSG:Online and a “bada$$ new show,” Online Underground. Yes, they used dollar signs, and yes, they neglected to use a dollar sign for the other S in the sentence.

Various details are in contention, including whether or not the system is called “the Jungle” or just “Jungle.” A few outlets are reporting that system sports a full QWERTY keyboard, a touchpad, dual touch sensitive D-Pads with a button arrangement, a mini HDMI port, a micro USB port, and a 3.5mm headphone jack. The hardware will supposedly run on a custom Linux build, and according to one user who tested the machine at the recent Penny Arcade Expo, “the screen resolution is bananas. Everyone was freaking out about it.” The device supposedly has Wi-Fi, though it would most likely require some kind of 3G or 4G access for it to even compete against current generation smart phones as a “gaming anywhere” kind of platform.

One thing we do know for sure is the size of the device is not ideal. After searching a little and coming up short, I painstakingly watched the episode of Rob Dyrdek’s Fantasy Factory, a reality show featuring skateboarder and entrepreneur Rob Dyrdek, where he is tasked with writing a jingle for the device. Click on the screen grabs below for a larger view. 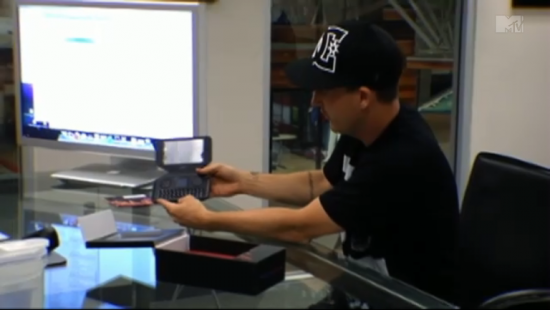 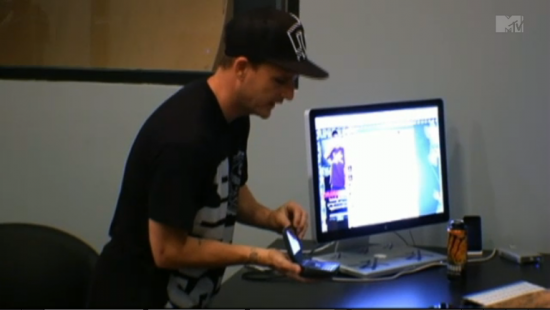 The size of the device seems to exist in a limbo between too small and too big for a portable gaming platform. It’s too small to make proper use of a full QWERTY keyboard in the way online games generally require players to utilize keyboards (fast, precisely, and have every single key mapped to an in-game command), while the screen is absolutely too small to display regular MMOs, regardless of its supposed freak-out inducing resolution, due to the sheer amount of hotbars an MMO player will usually have scattered about the screen, as well as things like informational text, be it from quests, character, equipment, or NPC statistics, map details, auction details, chat text, you name it. On the other hand, Panasonic’s Jungle is way too big for a handheld gaming device, as shown by the two screenshots above, and looks to be heavy enough to quickly tire and cramp one’s hands.

Aside from the device’s size and no word just yet on battery life, another questionable detail that’ll either make or break Panasonic’s financial dreams is the purported custom Linux operating system. The most popular MMO in the world, World of Warcraft, doesn’t run on Linux without a Windows emulator, which means either the Jungle won’t be able to play most popular MMOs (and thus, will have very limited desirability), or Panasonic has a long, difficult road ahead of paying MMO companies for Linux ports of their games (which seems unlikely). The announcement that BSG:Online will be launching with the device also diminishes the Jungle’s credibility considering BSG:Online simply runs in a browser.

However, the theory behind the Jungle, as something similar to a “gaming netbook,” isn’t exactly an undesirable product. Though one may question why they would leave the comfort of their own home and their more powerful gaming rig to play online games, especially when we currently live in a world of portable gaming where the Nintendo DS, Sony PSP and iPhone already have a humongous market share and provide coherent portable online gaming content, the Jungle could be an ideal device for the niche market of MMO gamers who would jump at the chance to check information in their MMO of choice while on the go if they don’t have access to a comprehensive smartphone app for their game.

Hopefully for Panasonic, they can find a proper market for the Jungle, and they won’t take another hit in the gaming scene almost fifteen years after they chose to leave the scene due to the failure of their 3DO.

(via Ars Technica and Engadget, screens grabbed from MTV)