Allergy sufferers of the world, rejoice. 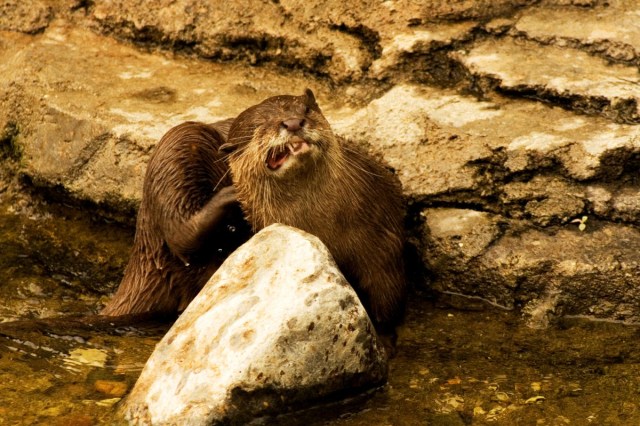 Pain in general is terrible, but there’s a special kind of hell involved when things get both painful and itchy simultaneously. Researchers at Duke University have been working hard to stop your painful itches in their tracks, and may have developed a molecule that can stop your brain from receiving that exact type of message.

First, let’s talk a bit about how pain works. Your brain is made up of a bunch of neurons, and these neurons have voltage-sensitive sodium channels which control the flow of sodium ions through the brain. One channel, the Nav1.7 subtype, is responsible for sensing pain – it opens and lets the sodium ions through when something ouchy happens to you. Interestingly, science has noticed that mutations in Nav1.7 can stop you from feeling pain, but don’t mess up anything else (it doesn’t, for example, make you entirely numb or super-sensitive).

So the researchers at Duke thought that targeting the Nav1.7 sodium channel might be the best way to stop the brain from receiving “pain” messages without doing wacky things to the rest of your body. Thus, they developed an antibody that interferes with Nav1.7 channel function – the antibody closes the channel, stopping the mice in their study from feeling the sensations of pain (and also itching, which people didn’t even know had anything to do with Nav1.7 until this very study).

The coolest thing about this antibody is that, unlike other pain meds, the Nav1.7 blocker didn’t make the mice physically dependent on it, nor did the mice build up a tolerance for it over time. The Duke team thinks they might be able to use this antibody to start treating people who suffer from allergic contact dermatitis, which means I might finally be able to get a cat. Hooray!

(via Duke Medicine, image via AZDenney)