Science Identified “Cure Songs” to Get Songs Unstuck From Your Brain, I Guess All Diseases Have Been Cured

It's a temporary fix. You will never truly forget "Gangnam Style" or "The Fox." Sorry. 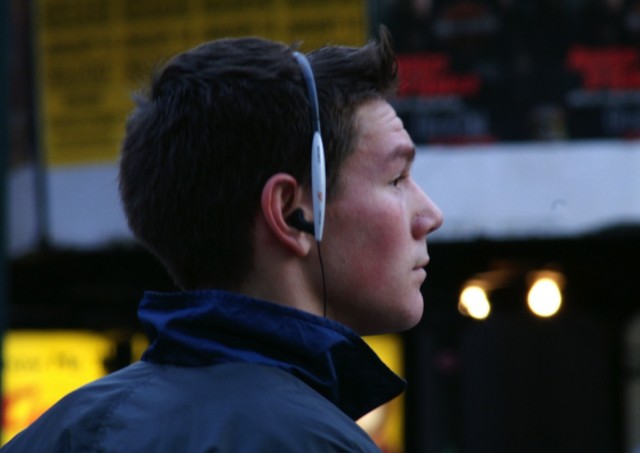 As far as we know, there is no way to prevent yourself from getting an annoyingly catchy song from getting stuck in your head, but since there are really no other pressing public health issues to take care of, science has at least found a way to get them unstuck. Then, you can return to your normal life on our otherwise utopian planet.

This isn’t even the first time scientists have tackled the “earworm” phenomenon, but past solutions have involved things like Sudoku or reading, and nobody wants to do that. Can’t we just have an easy solution that doesn’t involve actually doing anything? I don’t want to actually have to solve my own minor inconveniences. Well, now I don’t have to, according to new research published by psychology PhD Victoria J. Williamson and her team.

Though their research on involuntary musical imagery, INMI for short (which sounds way less creepy/brain-invadey than “earworm”), concluded that most cases ranged from anywhere from a neutral to pleasant experience for the subject, the team clearly has experience with getting any number of tween pop songs stuck in their brains, because they continued to search for a cure.

What they found was that not only can the INMI be removed by listening to other songs in addition to other methods of distraction, but many of the participants in the study responded to the same “cure songs.” I’m not sure anyone would ever want to write a song that literally counteracts catchiness, but it seems that some pretty famous musicians have done just that.

Out of the suggestions of the seventy participants in the study, six songs were mentioned as “cures” by more than one person. The anti-catchy tunes, from most used to least, were “God Save the Queen” by Thomas Arne (used by six people), “Karma Chameleon,” “Happy Birthday” (yes, that one), the A-Team theme, “Kashmir” by Led Zeppelin, and “Sledgehammer” by Peter Gabriel.

I couldn’t find anywhere in the study where they suggested a method of getting your cure song out of your head, though, because I’m currently struggling with both “Karma Chameleon” and the A-Team theme. Perhaps they’re saving that for the next study.

Of course, those are just the songs people reported using, so it’s uncertain whether there’s any actual basis for which songs work best. In their conclusion, the paper states that reactions to INMI are varied and so are coping mechanisms, and they hope that this research will lead to better understanding of other forms of involuntary cognition. It will probably also lead to a music movement of songs deliberately designed to be anti-catchy, which I’m preemptively naming “hipster music.”

(PLOS One via Discover Magazine Blogs, image via Max Lakner)