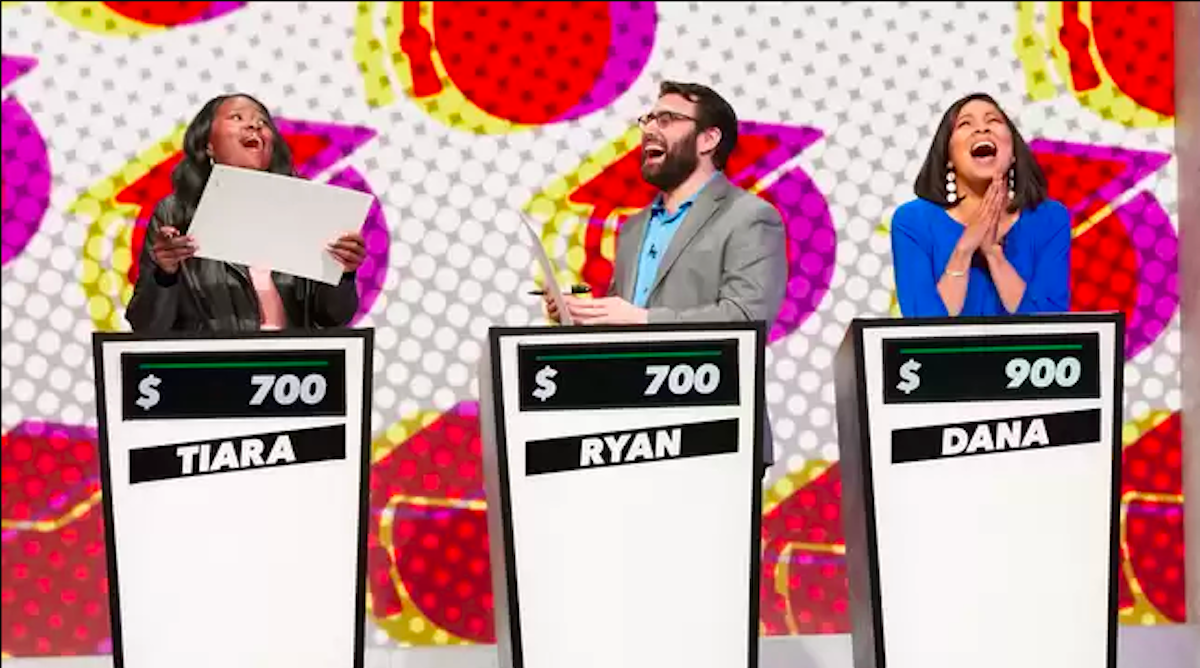 Growing up, I was really into The Price Is Right. Now, though, watching people compete for washer/dryer sets and even cars seems somewhat outdated. Many game shows have switched to large cash prizes or decadent home remodelings. Who Wants to Be a Millionaire? Everyone, right?

But a new game show on TruTV is tapping into the reality of many people’s–especially millennials’–lives, that we don’t even dream of being millionaires. We dream of not being in debt.

Contestants on Paid Off aren’t competing to take home large sums of cash. The show’s big prize is to leave with their student debt paid off. It’s both an incredibly upsetting acknowledgment of the oppressive reality of student debt, and also an admittedly enticing idea. After all, 44.2 million Americans live with student loan debt. The average debt for students graduating last year was $39,400, a six percent increase over the previous year. And the delinquency rate on student loans is 11.2%, meaning a good number of people are having trouble keeping up with their debt.

So is this game show exploiting the oppression of student debt? Or is this a logical step for game shows to take? Is it maybe even pretty progressive? Having watched the first episode, I think the answer to all of those questions might be yes.

The show, which is hosted and executive produced by comedian Michael Torpey (who you likely know as an ultra-sadistic prison guard from Orange Is the New Black), starts by introducing the contestants and stating how much they owe in student loans. Some also get a chance to describe what they plan to do once their free of the burden of debt.

There are ridiculously easy trivia questions, a Family Feud-style survey segment, as well as some random fun games that require little use of the degrees that bought contestants their crushing debt.

To its credit, the show makes a good number of references to how destructive and outrageous the student loan crisis is. (“For those just tuning in, this is life in America.”) Torpey encourages contestants and viewers to contact their representatives to discuss student debt. There is a “Super Depressing Fact of the Week” portion, bringing attention to very real aspects of this problem. (In the first episode, it’s the fact that women hold a disproportionately large percentage of student debt.)

There is the outline of something cool and ambitious here.

But it doesn’t quite gel. For all the show does to discuss the realities of student debt, it might ultimately only work to normalize the problem. Torpey is such an amiable everyman host, the goal seems to be for the audience to leave each episode feeling happily entertained. You can’t fault a TV show for setting that goal, sure, but this sort of subject matter feels like it would be better served by a stronger tone, something darker, or overtly satirical–anything at all, really, but this ultimately middle-of-the-road glad-handing.

While I don’t think a show needs a huge budget or a slick look to get its message across, there is a bit of an amateurish feel to Paid Off that undercuts the seriousness of the subject at hand. The set, for example has a cartoonish, brightly colored look, reminiscent of the 1960s Batman series. The audience reactions–the ooohs and the big laughs–feel more at home on a cheesier game show of decades past.

The first episode of Paid Off was not nearly as gross or blatantly exploitative as I was expecting based on the synopsis. But it still feels, at best, mildly icky to watch. Too icky, probably for me to give episode two a shot, but not nearly bad enough for me to judge anyone who feels otherwise.

Have you seen Paid Off yet? What do you think?