Steel Your Nerves With Pacific Rum Before Fighting Your Next Kaiju 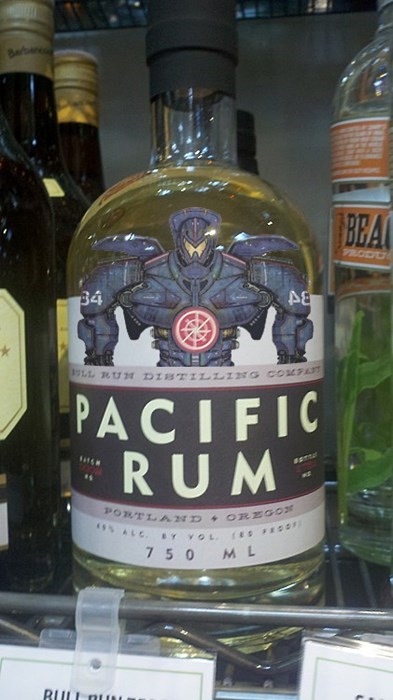 Is this an actual thing that’s being sold or just a fictional concoction invented by a Pacific Rim fan with access to a bottle of booze, some graphic design know-now, and a liquor store in which to snap a photo? On the one hand, Pacific Rum is in violation of copyright, so I’m not sure many stores would sell it. Plus the label underneath the bottle clearly doesn’t say Pacific Rum. On the other hand… Portland. If Pacific Rum will exist anywhere, it’ll be there. Or maybe Austin.

I don’t really care, to be honest. Pacific Rum exists in my heart, and you cannot take that away from me. Now let’s go get smashed and built giant robots.