Is It July Yet?: Pacific Rim Kicks Off Its Viral Campaign

It’s not a trailer, but dammit, it’s something. The viral campaign for Guillermo del Toro‘s Pacific Rim, out next July, has gotten underway with this short video, a “Test of the Kaiju Emergency Alert System.” The Kaiju in question are alien monsters that have attacked Earth before the starting-point of the film, necessitating the creation of giant human-piloted robots, or Jaegers, to fight them. This super-short promo (only 35 seconds) doesn’t give us any footage, but a countdown clock on the official Website suggests that we’re only 14 days, 5 hours, and 48 minutes away from some trailer-y goodness. Something tells me that I’ll be well and truly freaking out 14 days, 5 hours, and 48 minutes from now. Just a hunch.

Hit the jump for the second part of the Pacific Rim viral campaign so far, a memo dealing with the aftermath of the “tragic Trespasser event.”

Sure, there’s not much there but… Jesus, I don’t think I can handle a six-and-a-half month wait. Someone fetch me my time machine! 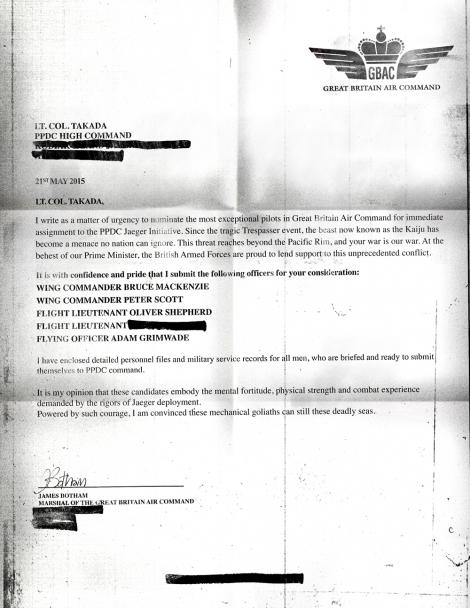