To Save the Owls, US Government Plans to Kill Over 3,000 Owls

You'd be surprised how many problems can be solved by killing owls. 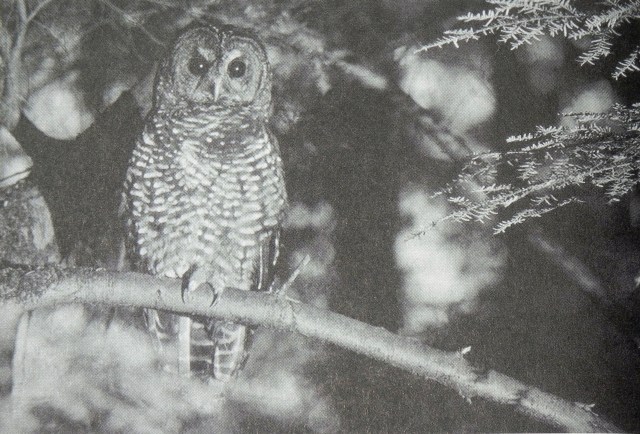 As the old saying goes, you can’t make an owl-mlette without breaking a few thousand eggs. The U.S. Fish and Wildlife Service (USFWS) is taking this to heart, moving forward with a controversial plan to save the threatened spotted owl. Their solution? Get rid of 3,603 barred owls, a rival species that inhabits the same area of the Pacific Northwest.

The northern spotted owl population has been dwindling since the 1970s, and past efforts to solve this problem haven’t worked. In the 1990s, regulation of the logging industry was supposed to save the species from dying out. Way back in the 1992 presidential campaign, George H.W. Bush said that Al Gore’s support for protecting the spotted owls meant that “we’ll be up to our neck in owls and out of work for every American.” Evidently, he was wrong, because the spotted owl is still in danger, and federal wildlife officials now point to the barred owl as the source of the problem. 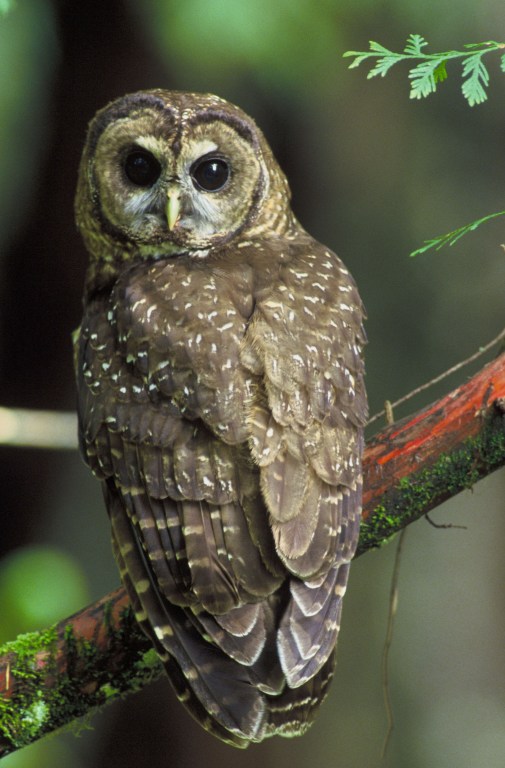 Barred owls are originally from the East Coast, but have spread out west as expansion of human developments forced them out of their natural habitats. They are larger and more aggressive than the native spotted owl, and now massively outnumber that native species in the Pacific Northwest. Like humans did to barred owls, barred owl force spotted owls out of nesting sites and and have been known to attack them as well. The USFWS has been calling for the plan to eliminate (which is to say, humanely shoot with a shotgun) a number of barred owls for years. That shouldn’t come as a huge surprise, as culls of an invasive population are a fairly standard tool for conservationists attempting to help a native species on the brink reestablish itself.

Some animal rights activists aren’t happy, as they feel that the government should allow nature to take its course and let the barred owls thrive. However, federal wildlife biologist Robin Bown defended the plan to the LA Times, saying that the current situation is unacceptable. “To people who say to me that we should leave those owls alone, my response is that ‘So you’re accepting the extinction of the spotted owl? That’s OK?'”

Meanwhile, the timber industry insists that killing or relocating the barred owls won’t work; their position is that wildfires are a far greater threat to the owl population. Naturally, their plan to reduce the threat of wildfires is to cut down more trees, because they’re always open to the option of cutting down trees and everyone’s solution to this problem must involve killing a large number of living things. It’s also worth noting that this plan is suspiciously similar to the timber industry’s efforts to end juvenile delinquency (“Kids these days are under the bad influence of TOO MANY TREES!”) and cure cancer (“Cut down trees, I guess?”). After all, when you have a hammer, every problem looks like a nail. When you have a saw, though, every problem looks like a tree, and the tree is going to murder your family while you sleep, because trees are evil.

Interestingly, some barred owls and spotted owls have been working to bring lasting peace to this conflict. The two species have been known to interbreed and produce hybrid offspring nicknamed “sparred owls,” which have a hoot that a biologist described as “sort of like a spotted owl being strangled.” This, of course, leads to the question of why this biologist knows what it sounds like when an owl is being strangled, but by now it’s pretty clear that everyone involved in environmental causes secretly wants to murder things.