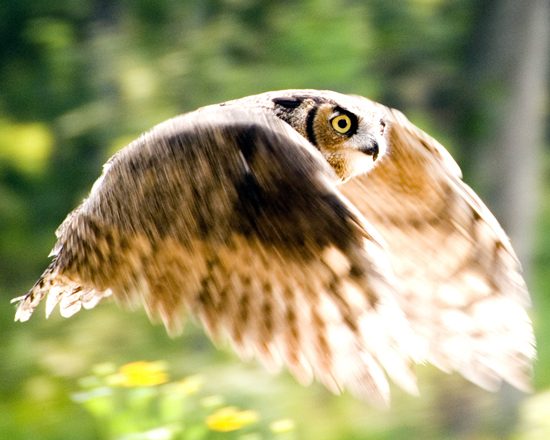 With the public’s attention span for Harry Potter waning after the release of the final film, so too has the public’s love of domesticated owls apparently. In the United Kingdom, hundreds of the birds are being abandoned by erstwhile fans while sanctuaries are filling up fast. Given that they have a habit of taking over from the local birds when released into the wild, it seems they might have a real owl-pidemic on their hands. Please forgive me for that joke.

Folks fell in love with Hedwig, Harry’s owl from the books and movies, and the other owls and just had to have one. But that’s really not the best response to have given the needs of an owl are actually quite extensive. For example, an owl needs to have enough room to flap their wings four or five times before perching or it could lead to a chest infection. This means they require a space of their own that could cost up to $1400 or more.

But how prevalent is the problem? Is this a minor nuisance or something more? If it’s any indication, Pam Toothill, from the Owlcentre in North Wales, had a mere six owls prior to the release of the films. Now that they have concluded, there are 100 owls that they take care of on a regular basis. And these are just those owls turned in, as it’s illegal to release them. It’s likely that there are hundreds more out there in poor condition or in the wild.

If this is any indication, we as a society should be mightily concerned when My Little Pony: Friendship Is Magic ends.

(The Mirror via io9, image credit via zpics)