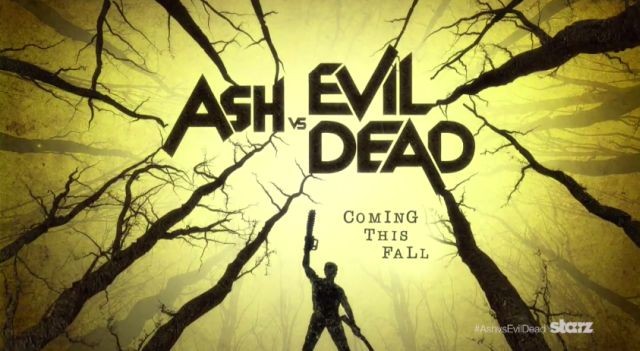 Starz is ramping up its proverbial boom stick, and after a teaser that really didn’t show us anything, we’ve finally got an eye-full of Bruce Campbell back in his role as S-Mart’s finest chainsaw-handed deadite stomper.

Here he is, in all his glory, in an exclusive from Entertainment Weekly: 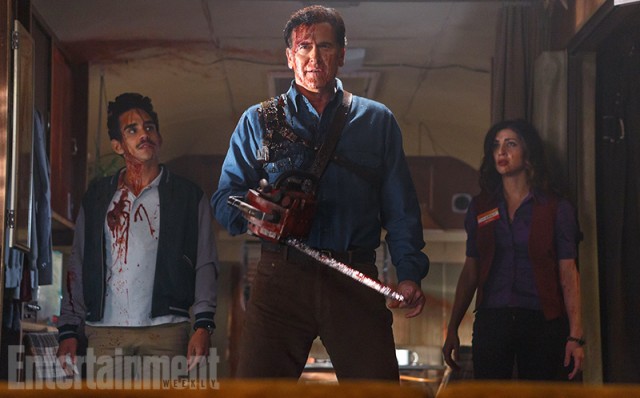 They’ll be swapping S-Mart for “Value Stop,” and on either side of him are the two younger sidekicks we’ve heard about, Pablo (Ray Santiago) and Kelly (Dana Delorenzo). Campbell told EW of Ash’s latest ill-advised dabbling in the world of the dead,

It’s The Searchers with carnage and mayhem. I’m relegated a little bit into the John Wayne mode these days with my team—the young, virile, evil fighters who will pair up with Ash and take on this nemesis: this never ending, ever evolving nemesis.

Looking good so far! Now when do we get to see Lucy Lawless fight deadites?