A Familiar Face Joins Once Upon a Time, Doctor Who Gets a New Actor 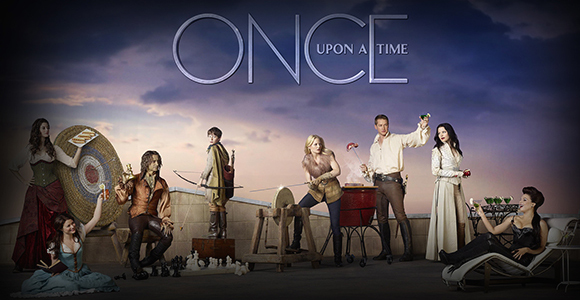 Remember when ABC decided they’d rather not pick up Once Upon a Time‘s ill-begotten spinoff Once Upon a Time In Wonderland? It just happened last week, not a few months ago, which is weird, because I didn’t even realize the show was still on (sorry, Jill). Well network brass decided, while they didn’t like the show that much, they did like one of the actors, so they’re promoting him to the mothership. Which actor is it, and which new actor is coming to Doctor Who? Answers behind the jump.

Heading to Once Upon a Time is Michael Socha, Once Upon a Time In Wonderland‘s Knave of Hearts who was also formerly Will Scarlet of Robin Hood’s merry band of thieves. Before that Socha was the werewolf Tom in the UK’s Being Human. Scarlet starting to hang with the Storybrook crew isn’t exactly a stretch, as Robin Hood’s been a bigger character lately. But how will he be related to Henry? C’mon, it’s Once. Everyone is. Will the dramatic season four finale reveal be that Scarlet is Henry’s father’s brother’s nephew’s cousin’s former roommate?

As for Doctor Who, Tom Riley will appear in an upcoming episode being written by Mark Gatiss. We previously reported that Gatiss is writing two (so far) episodes for Peter Capaldi‘s Doctor. There’s no info on who Riley will be playing, nor what the episode is about, but Gatiss loves his historical episodes and has teased the possibility of a Jane Austen story. Riley, in addition to starring in Da Vinci’s Demons, played Wickham in the modern-girl-trapped-in-Pride-and-Prejudice miniseries Lost in Austen.

(via: The Hollywood Reporter, BBC)