Mark Gatiss Teases a Jane Austen Doctor Who Episode, Had Better Follow Through Or I’ll Cry 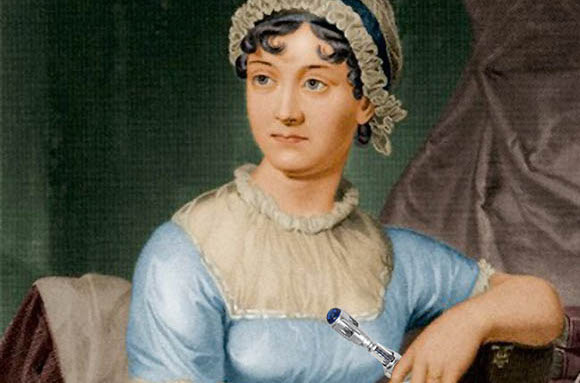 “It is a truth universally acknowledged, that a science fiction show with a tendency to include historical authors, must be in want of a Jane Austen episode.”

Last time we heard from Doctor Who/Sherlock writer Mark Gatiss he was expressing doubts about the return of Gallifrey to New Who, reasoning that bringing back a whole bunch of Time Lords tends to make them more “domesticated.” He said he didn’t know if he’d like to write an episode set on Gallifrey if the opportunity arose. But now it’s been confirmed that he’s writing two episodes for Peter Capaldi‘s Doctor, though they may not be for next season, and thanks to a Brazil Q&A we have a tiny hint as to what one of them might be about: Jane Austen.

Gatiss likes his historical episodes; he already introduced the Doctor to Charles Dickens in The Unquiet Dead, and in other episodes he’s written he’s sent the Doc and his companions to World War II, the Cold War, and Victorian England. “One of the things which new Doctor Who sort of invented was the idea of a celebrity historical – Charles Dickens, Agatha Christie, Winston Churchill, Shakespeare,” he said. “There’s three writers there so I think Jane Austen stands quite a quite a good chance actually… I’m not quite sure what the adventure would be. Maybe an alien posing as Mr Darcy.”

She can not fall in love with the Doctor. That last one is non-negotiable.