Osgood and Me: What Osgood Says About Doctor Who’s Relationship to Its Fans 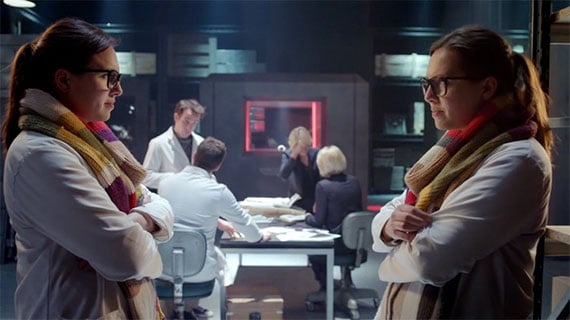 From the moment we see Ingrid Oliver’s Osgood in the “The Day of the Doctor”—with her geek chic glasses, fangirl exuberance, and Tom Baker scarf—it was clear that she was meant to be the stand-in for the fans. When Osgood first meets Matt Smith’s Eleventh Doctor, she’s so excited that that she literally can’t breathe. (Asthma also played a role in this.) She announces herself immediately as a big fan of the Doctor, already knowing all about his travels. Of course, while Osgood has read up on the Doctor, he has no idea who she is.

This is a pretty normal experience for any fan. We know all about our heroes, but they haven’t heard of us. Osgood gets to change that, and not only does she get to become someone the Doctor knows, but by the end, she gets to be his equal. Osgood’s evolution over the course of the four episodes she appears in—“Day of the Doctor,” “Death in Heaven,” “The Zygon Invasion,” and “The Zygon Inversion—says something not only about the development of an interesting side character, but also about the relationship Doctor Who has with its fans. 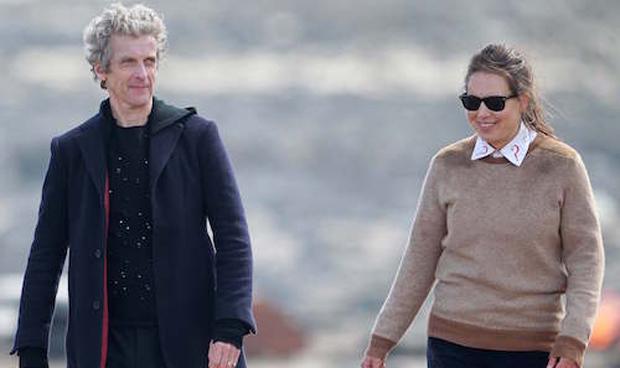 When I Grow Up, I Want to Be the Doctor

I want to be the Doctor. I’m sure this is true for a lot of you as well. Being the companion doesn’t really appeal. I want to be the one in control—more-or-less—of my journey through space and time. I want to visit strange new planets, solve mysteries, and never have to deal with anything boring. Osgood wants to be the Doctor, too. She’s a UNIT scientist just like the Third Doctor. She knows everything about the Doctor’s adventures and comes to the same conclusions he does. She even dresses up as a different regeneration of the Doctor in each episode in which she appears.

I’ve heard many times that fans are meant to identify with the companion or aspire to be a companion, not to be the Doctor. Osgood is offered the role of the companion twice. The first time, in “Death in Heaven,” I was excited to see her take her place as a companion. (And I was pissed when Missy killed her.) When she was offered the role of companion in “The Zygon Inversion,” I was happy she turned it down. Don’t get me wrong; I think Osgood would have made a great companion, but I think Osgood—and by extension all of us fans—can be more than companions. We can be the Doctor.

You can tell a lot about Osgood from her clothes. The Doctor has always had an odd relationship to clothes. While the companions can change their outfits as often as they like, each Doctor has a particular costume that’s associated just with him. The Fourth Doctor has his thirteen-and-a-half-foot long scarf, Seven has his question mark sweater, Eleven has his bowtie, and so on. Every time we see Osgood, she’s dressed as a different version of the Doctor, taking his iconic clothes and retooling them for a modern, professional woman. 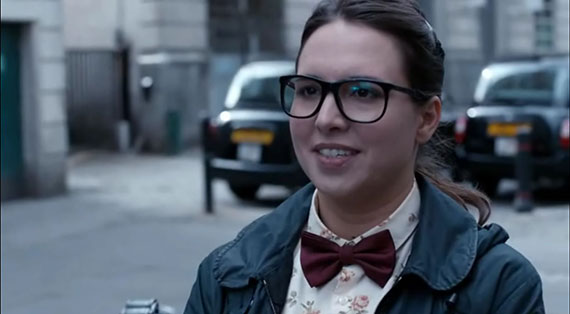 While her clothing style may come from the Doctor, there’s one thing she doesn’t get from him. Osgood has her own iconic item that represents her just as much as the Fourth Doctor’s scarf represents him. It’s just not something she chooses to wear. It’s something she has to carry.

Every Doctor Has Her Symbol

Even when a particular regeneration of the Doctor changes his costume in some way, something fundamental always stays behind. It’s not always an item of clothing. The Second Doctor played a recorder. The Third Doctor drove a fancy, old-fashioned car. Osgood always carries her inhaler, and just like the Fourth Doctor’s scarf often played a role in his adventures—saving him from falling off a cliff or tripping up his enemies—Osgood’s inhaler is continually crucial both to what happens and to who she is.

In “The Day of the Doctor,” the Tenth and Eleventh Doctors temporarily wipe everyone’s minds to force the humans and Zygons to make a fair treaty. While UNIT’s chief scientist Jemma Redgrave’s Kate Lethbridge-Stewart and her Zygon opposite have no idea who is human and who is Zygon, the human and Zygon Osgoods only have one inhaler between them, so they have a chance to make known which of them is which. They choose not to. Instead, in a moment the Doctor doesn’t see, one Osgood starts choking and the other gives her the inhaler. This is the first true gesture of peace between human and Zygon, and it’s a moment of compassion between two people who, until a moment before, were enemies.

In so many ways, that moment with the inhaler is emblematic of the biggest lesson Doctor Who tries to teach: No matter what, we should trust each other, give each other a second chance, and never accept that we have to be enemies. But while Osgood’s inhaler is, in many ways, a perfect Doctor Who prop, it’s not one any of the Doctor’s regenerations to date would carry. None of the Doctor’s regenerations have had asthma. 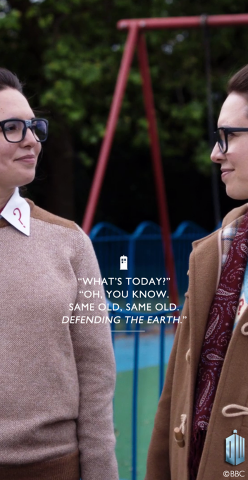 In another good Doctor Who lesson, the inhaler is something that at first makes Osgood look weak. How can she do as much running as a companion must if she has trouble breathing? But, it turns out to be the instrument that allows her to bond with her Zygon-self and become the cornerstone of the peace between humans and Zygons. Both the Zygon and the human take Osgood’s form and neither will reveal which species they belong to so that everyone will have to treat them equally.

At the end of “The Zygon Inversion,” Osgood and Osgood walk away from the vanishing Tardis. “What are we going to do?” says the first Osgood. “Same old. Same old. Defending the Earth,” says the other Osgood. Then, at the exact same moment, they take a puff of their inhalers. Neither of them are having trouble breathing. The inhaler represents them and the peace they’ve made.

When the Osgoods choose to stay behind on Earth, it’s because they still have a responsibility there. It’s because they have work more important to do than traveling with the Doctor. They, like the Doctor, have become the planet’s protector. It’s at the point that the Doctor says to her, “You should know: I’m a really big fan.”

If Osgood is representative of the Doctor Who fans, then what does this declaration mean for us? The answer for me is in the Osgood Box that features in “The Zygon Invasion” and “The Zygon Inversion.” The Osgood Box—or really Osgood Boxes—are meant to be the way to end of the peace between Zygons and humans. One box the Zygons can use to strip the disguise from every Zygon, and the other box the humans can use to kill the Zygons. Because this is Doctor Who, none of this is exactly what it seems—both boxes are empty. 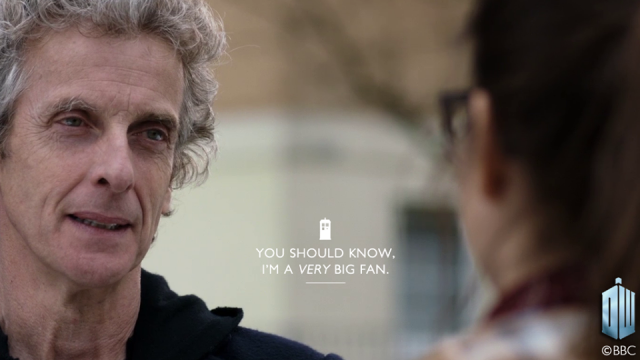 Kate Lethbridge-Stewart and Bonnie, the Zygon leader, each put their hands on a box. Kate eventually can’t go through with killing all of the Zygons. Bonnie figures out the boxes are empty and that they are, in fact, a way for the Zygons and humans to play out their conflicts without ever actually destroying each other. The Doctor wipes Kate’s memory of the events but leaves Bonnie’s intact. What the events proved about Kate was mainly that she’s a decent person. What they proved about Bonnie was that she had started thinking like the Doctor.

Bonnie goes on to become the new Zygon half of the Osgoods. Osgood proved she could think like the Doctor both with her intelligence and her compassion. Bonnie-Osgood proved it by understanding the way the show works. A television show is a lot like an Osgood box: You get to live, even if vicariously, through something momentous, but you aren’t ever in real danger.

For me, what Osgood says about Doctor Who fans is that, when we watch the show, we become a part of it, and if we choose, we can be the Doctor—or someone he would be proud of.