Will the Oscars Recognize Motion-Capture In Its Animation Category? 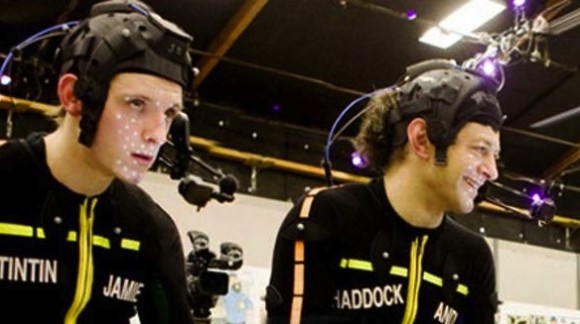 The Academy of Motion Picture Arts and Sciences (aka The Oscar People) is currently trying to figure out if a handful of animated movies coming out — namely Steven Spielberg‘s The Adventures of Tintin, Robert Zemeckis‘ Mars Needs Moms, and George Miller‘s Happy Feet sequel — are eligible to be considered for a Best Animated Feature Oscar. Why, might you ask, would these movies not be eligible? Because they were made using motion capture technology (illustrated in the top pic by Tintin stars Jamie Bell and Andy Serkis) and not traditional frame-by-frame animation. Are the tides changing for the Academy, or will these movies be relegated to a different category?

In trying to make their decision, the Academy has asked Spielberg, Zemeckis, and Miller what their “intent” was in using mo-cap technology as their chosen method of animation. According to the Academy’s rules, “motion capture by itself is not an animation technique” and eligible films must be done using frame-by-frame animation. While it’s true that tons of work still goes into animating a movie that used mo-cap and animators are still putting in a great deal of (often painstaking) effort, some are apparently still having trouble accepting mo-cap as an artistic process that it clearly part of animation and not just a mechanical process. (You might recall James Cameron insisting that his characters in Avatar were “not animated,” even though they were clearly animated representations of an actor’s live performance.)

While other movies have used motion capture and were nominated for Oscars — such as Zemeckis’ Polar Express and A Christmas Carol — the only one to have won an Oscar was the original Happy Feet in 2006.

Academy members are dealing once again with a transition in the animation industry. Back when computer animated movies started making waves and receiving great buzz, there was a debate about whether or not those movies — like Toy Story — could be Oscar contenders in the animated category if they weren’t hand-drawn. But now it appears that the question is whether motion capture was used to create a fully animated movie or whether it serves as a way to simply enhance a live performance. However, a representative from Tintin insists that motion capture is just another method of creating animated characters and worlds:

“Steven has always believed that Tintin is an animated film. The Academy doesn’t, for example, make a distinction between hand-drawn vs. digital animation. Tintin‘s approach, using a mix of performance capture and digital animation, is simply another angle of the art form. Our current animated films use voice actors whose performances are directed. Tintin is using actors who are providing performance through voice, motion and an ability to interact with one another, but what you’re looking at in its design and conception is nonetheless animated.”

Tintin insiders are further insisting that once people see the movie, they will see that this is clearly a fully animated feature, and that it surely will qualify right alongside other possible contenders like Cars 2, The Smurfs, and one of Disney‘s straight-to-DVD Tinker Bell movies … Actually the Academy might want to look long and hard at these motion capture movies, just so people will see some actual decent movies in the animation category.