Anansi went to the King one evening and asked him if he could become a preacher. 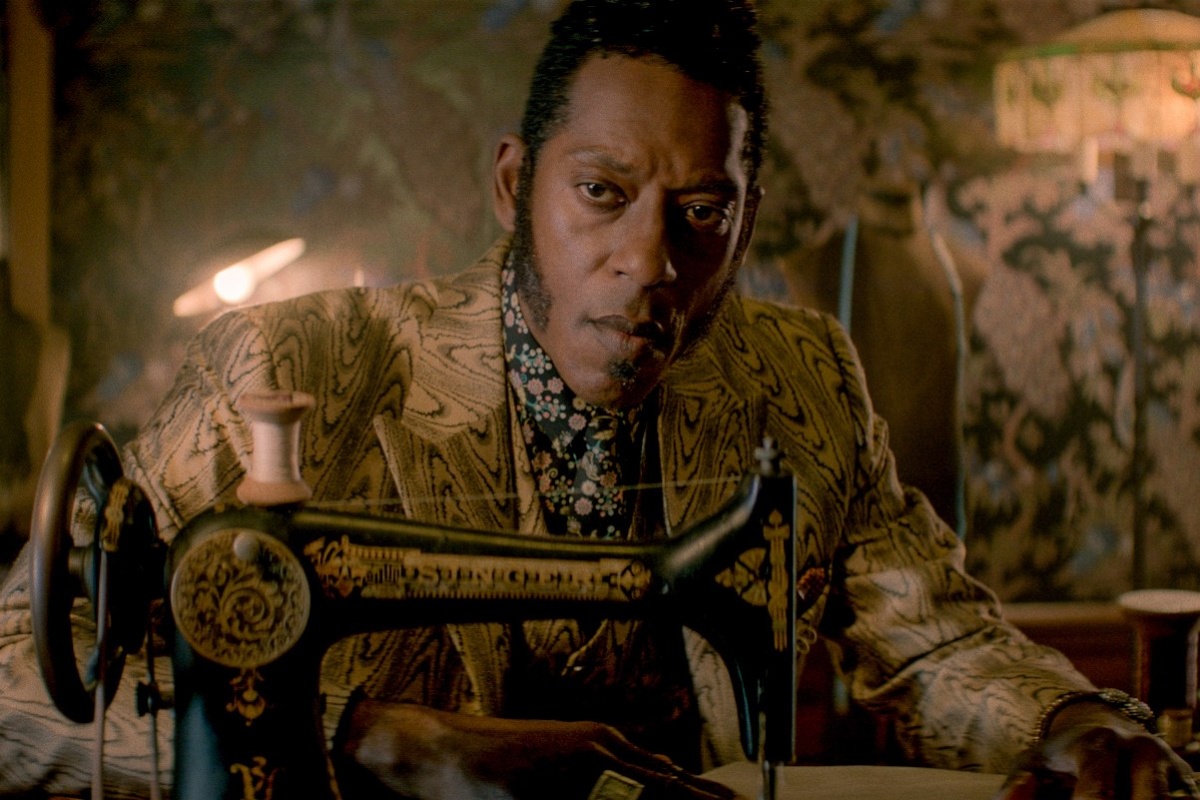 Anansi is a powerful figure in Black folklore. Due to the Akan mythology he comes from, the character unifies Black people of West African, the Carribean, and the United States as the god of all knowledge of stories, a trickster, a rogue, and resistance. For those of us who are descendants of slaves in the Americas, like me, stories about Anansi are foundational, and as an adult, he serves as a reminder of the importance of oral traditions and the stories we pass on. A reminder that a spider can prevail against a larger foe if he is smarter.

That’s why Orlando Jones speaking out about his firing from Starz’s American Gods is the most Anansi thing ever.

During his run on American Gods, following the messy exists of many between season one and two, Orlando Jones, much like Anansi himself, was tasked with being a master of stories. According to his statements in an interview with Karama on theblerdgurl podcast, Jones was asked to take on much of the cowriting responsibilities for many of the characters of color on the show.

He was also behind the viral “Slavery is a cult” speech from season 2 episode 4, at the mortuary, between Mr. Nancy, goddess Bilquis, and Mr. Ibis, the African gods speaking together. The scene went viral when Jones was already done with the show, and people were excited to see Mr. Nancy return, yet Starz still hadn’t said anything to the public yet.

When the news of Jones’ firing broke over the weekend, I was livid because the idea that a white showrunner’s attitude was, as Jones said in his video message, that “Mr. Nancy’s angry, get shit done is the wrong message for Black America,” and that it’s an excuse for cutting off the character that is in any way appropriate or sound, is ludicrous. Also, this mess seems to be tied to the production company Fremantle. “Fremantle is a nightmare. They treated you like a 2nd class citizen for doing your job well,” Jones said in the accompanying tweet. “Stay tuned. More to come.”

A spokesperson for American Gods responded with the following statement:

The storylines of American Gods have continually shifted and evolved to reflect the complex mythology of the source material. Mr. Jones’ option was not picked up because Mr. Nancy, among other characters, is not featured in the portion of the book we are focusing on within season three. Several new characters, many of which have already been announced, will be introduced into Shadow Moon’s world that will further contribute to the show’s legacy as one of the most diverse series on television.

Diversity doesn’t matter when you make decisions based on ignorant ideas.

Orlando is an astonishing actor, and as a writer/producer was vital in helping get us through Season 2 of American Gods. I’m so glad he got to be part of the American Gods family. (And no, I don’t have a say in contractual renewals etc.) https://t.co/5hxGnyEqN9

According to one of the more recent interviews, part of why he has spoken out is to encourage others to do so as well, and to set an example:

And I certainly don’t want my daughters to think that the way that you deal in situations like this, is to swallow your pride and duck… But if you’re going to do it, try and take the high road as best you can. […]

I wish these people acted more responsibly. I wish they acted more respectfully. And it would have been nice to get a proper ‘thank you’ and would have been nice to be paid. You know, my children aren’t in cages. I’m not in Aleppo. I still see myself as very privileged and, and I’m super grateful. But nobody else needs to go through this. Not for doing your work, for doing your job, to get screwed over like this.

I highly recommend listening to Jones speak on the record with Karama on theblerdgurl podcast. Not only does it outline the work that Jones and others did to keep American Gods afloat, but how the show did not tell anyone that he was leaving as they were announcing new characters, on top of waiting until the 11th hour to tell him he wasn’t coming back—which, due to his contract, kept him from actively finding premium work.

PODCAST: EXCLUSIVE Orlando Jones talks about what went down on American Gods in his own words https://t.co/1WmOluetSi #theblerdgurl #mrnancy #podcast pic.twitter.com/6a7YQxjuXm

What happened to Orlando Jones was terrible. It was terrible not just that they fired him, but because they allegedly held him contractually hostage by not telling him he wasn’t coming back until September, while keeping his image on posters. He helped carry the show, loved the show, and considering the grace with which he handled his Sleepy Hollow exit, I’m sure that if the show had done right by him, there would be no issue.

The fact that they used his labor, his time, and his image so wantonly is gross. I am glad he is speaking his truth, and considering that Fremantle is already getting called out by Gabrielle Union over her own firing, it proves this is more than just one example. As someone who has been a fan of his and clearly remembers him being at New York Comic Con a few years ago with a spotlight event, seeing him so relaxed and natural and supportive of his fanbase, I can say that Orlando Jones has always come across as someone who respected and honored his fan family. He understands the power of having Black faces in media and loved for the role of Mr. Nancy because of the importance of the character.

American Gods has a really talented cast and crew, but it’s a damn shame that certain higher-ups don’t see that.