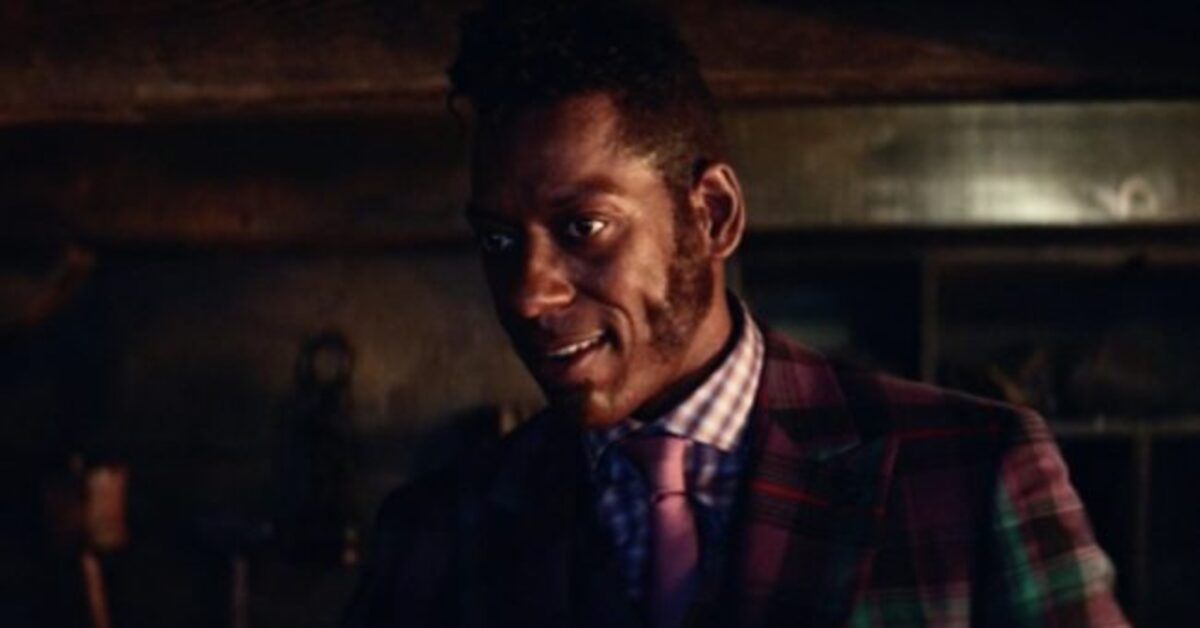 Yesterday we reported on the news that Orlando Jones had been fired from his roles as Mr. Nancy on American Gods season three. Jones shared the news on his own social media and set off a maelstrom of anger at the show, producers, and the production company for American Gods, Fremantle Media. Now both Jones, Fremantle and his co-stars are speaking up and clarifying while others remain conspicuously silent.

Jones spoke exclusively to Variety on the topic of his firing. Jones shared that he was inspired to finally share the upsetting news after a monologue from season two of the show began to go viral, and he was worried that fans would expect his character to be in season three. “I didn’t want to be in a scenario where somebody paid their hard earned dollars for Season 3 of American Gods just to find out I wasn’t going to be there. This is just wrong,” Jones said.

The viral monologue was written by Jones, who took on writing duties during the troubled second season of production. Jones claims that he not only wrote lines and a character bible for himself but took on writing for many characters of color. “I ended up finding myself in the writing chair for all of the disenfranchised characters,” Jones shared and his deal with the show was amended to acknowledge that.

But then in season three, under the show’s third showrunner, Charles “Chic” Eglee, things changed. According to a statement from Fremantle, the options for Jones and other characters were not picked up because “Mr. Nancy, among other characters, is not featured in the portion of the book we are focusing on within season three.”

Jones disputes this. “All I can say is what I was told. And all what I was told was, ‘angry gets s— done’ is the wrong message for black America, and that the new showrunner [Chic Eglee] writes from a black male perspective.” Fremantle and production also didn’t communicate with Jones to let him know what he wouldn’t be in season three, preventing him from taking other jobs.

Jones came forward after it became clear the Fremantle would not be doing it themselves, and he didn’t want to lead fans on, but he also expressed the dismay that many fans felt that the promise of diversity and representation made by the first season of American Gods has now largely been lost. It was also hurting Jones own career and opportunities that he was perceived to not be available for other work.

Some members of the creative team and cast of American Gods, both current and former, have spoken out about Jones’ exit. Ricky Whittle, who plays Shadow Moon, posted praise of Jones work but noted that he couldn’t comment on the circumstance of the firing:

I love you, ⁦@TheOrlandoJones⁩. You are a genius and a gentleman. I was so blessed to get to work with you and your brilliant, raging Mr. Nancy. pic.twitter.com/ZjtYfaRqid

As did former showrunner and creator of the series, Michael Green.

I feel the same Michael. You are wonderful crazy talented writer and human. Love you. Mean it🙏🏿❤️

So did Bryan Fuller, who replied to Jones and Gabrielle Union (who is also in conflict with Fremantle media over their toxic culture and who Jones shared he is speaking with.

LOVE AND STRENGTH TO YOU BOTH

Other cast members have yet to comment. Also conspicuously silent is Neil Gaiman, author of the original novel who remains a creative force on the show.

Jones is taking a risk by speaking out, but according to him, it’s a matter of integrity and honesty, as well as setting an example that this isn’t okay. “I wish these people acted more responsibly. I wish they acted more respectfully. And it would have been nice to get a proper ‘thank you’ and would have been nice to be paid,” he told variety. “You know, my children aren’t in cages. I’m not in Aleppo. I still see myself as very privileged and, and I’m super grateful. But nobody else needs to go through this. Not for doing your work, for doing your job, to get screwed over like this.”