Top Reasons Why Origin From Electronic Arts is a Bad Idea 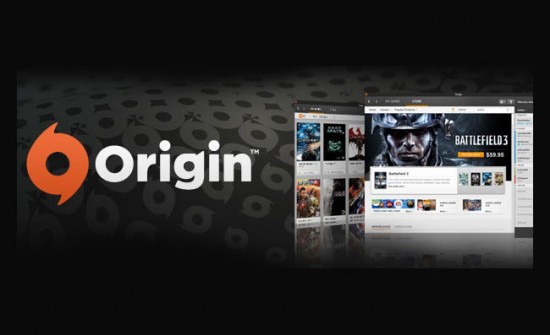 Electronic Arts has been toying with their own download service for some time now. Even prior to announcing Origin, they had their grubby mitts on the digital market with their EA Download Manager which, like the name suggests, managed all of the digital downloads purchased from the Electronic Arts website.

As one of the biggest publishers out there steps up their digital game to go toe to toe with Valve’s Steam service, one can’t help but wonder if there aren’t at least a dozen or so good reasons as to why they really shouldn’t be going ahead with this no matter what they tell themselves. Well, wonder no longer, because here they are.

1. Plethora of other, better services

Electronic Arts isn’t exactly known for excellent digital service. Even their past forays have often met with frustration and disappointment. If the EA-backed launch of DLC for their titles is any example, they don’t exactly have the best track record of releasing stable content additions.

This is where the experience — and sheer number — of other services comes in to play. Valve has been doing this for years now and has built up an impressive amount of goodwill with PC gamers. Can EA even come close to saying the same? Not to mention the mindboggling number of other digital distribution outlets that are out there and already struggling to face their number one competitor.

Not to state the obvious or anything, but Electronic Arts is a single publisher. Sure, their reach extends across various genres and markets, but they are still only able to push their own games. Valve, on the other hand, has had no issue with selling the games of other developers, publishers, and indie studios; anyone and everyone is represented on the platform from the big to the small to the practically nonexistent.

This brings a selection bar none to Steam and there’s no way that Electronic Arts can compete in the sheer amount of stuff offered. Even if they attempted to court some of Steam’s clients, it would almost certainly require said clients to jump ship from Steam –which is genuinely regarded as a bad idea.

Part of the issue that forced games like Crysis 2 and Dragon Age 2 off Steam all has to do with how Electronic Arts has decided to push DLC in the future. Against all conventional wisdom, EA has decided that agreeing to the terms that Valve has set forth in their Steam requirements is no longer in their best interest and have gone and shifted their DLC strategy (among other things) accordingly.

This type of mindset will only lead to more issues of the same kind, but with other digital services. EA has yet to pull from things like Direct2Drive, but should they continue forcing their own regulations instead of abiding by those put in place by the digital distributor, it will become more and more likely for a similar incident to occur.

4. Convenience of Steam vs. new client

Probably the simplest and most logical reason for Origin not to exist is the sheer fact that gamers don’t exactly want another service to fiddle with in order to play their games. Part of the reason Steam is so incredibly popular is that it has become the equivalent of a “games folder” for many people. When they want to play a game, they boot Steam and choose one from their library. They can even activate products on Steam with CD keys a lot of the time.

Asking these people to set up an entirely new client, untested by time, is asking for a leap of faith that not many are going to be willing to make. As the adage goes, if it ain’t broke, don’t fix it.

The other problem that goes hand-in-hand with pricing problems with competing services is the nature of the exclusives that Electronic Arts is going to so obviously hoard. They have already confirmed that Star Wars: The Old Republic will be available digitally only through their Origin service. And now, the news is out there that due once again to Valve’s ruling on DLC having to be offered through Steam, Battlefield 3 will not be available on there.

Even barring the fact that eliminating their effort of competition with the other biggest PC shooter out there from the most popular PC platform is probably a really bad idea, this constant push will not make them any friends in the PC gaming market especially if it leads to having DLC suggested at them via in-game menus and the like.

So, what do you all think about Origin? Worth a shot or not worth the hassle?