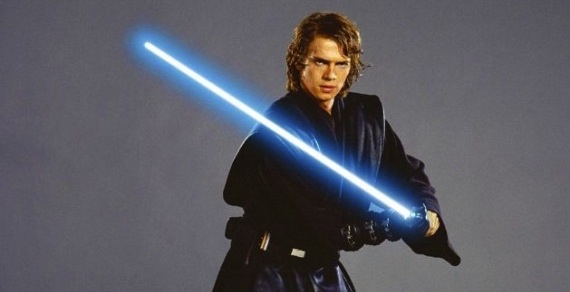 For seemingly no rhyme or reason (or perhaps, sadly, a mental health reason), an unidentified 33-year-old man in Portland, Oregon was arrested after attacking Toys ‘R’ Us shoppers with a blue lightsaber. (Actual lightsaber not pictured above.) After swinging the toy weapon at people inside the store, he exited the store and headed into the parking lot, where cops met him … and where they were then attacked by a lightsaber. The holidays are getting to everyone, they are!

Three people just trying to get their shopping done at nearly 10:00 PM on Wednesday night were the apparent targets of this man’s attack. The police have declined to provide his name or a motive, and the aspiring Jedi is said to be up for a mental evaluation and faces “several criminal charges.”

Basically, after the attack inside the store, one of the shoppers called 911 while the Jedi warrior headed outside, seeing how no one was appreciating his skills. The cops arrived shortly after that, where they were also attacked.

None of the shoppers nor the cops needed medical attention, probably because they were assaulted by a plastic toy and not a real lightsaber. However, that plastic toy successfully deflected tasers aimed at the lightsaber wielder and even rendered them inoperable! (Okay, probably not.)

(Oregon Live via Gawker via Blastr)