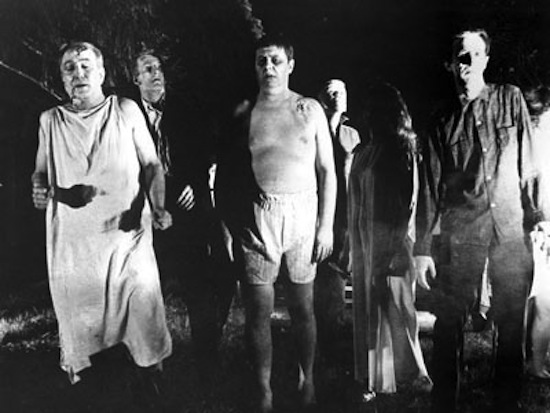 Armand Larive Middle School in Hermiston, Oregon has cancelled perhaps its most popular–and arguably most important–class: an extracurricular after-school course in zombie survival skills. The after school class, which included reading and writing elements as well as the training to help kids survive a zombie apocalypse, had more than 70 students enrolled in two sessions. And since it was so popular, of course, administration officials and concerned parents had to make sure that it no longer existed, upholding their sacred duty to make middle school the worst.

According to Oregon Live, Superintendent Fred Mariocco didn’t even know the zombie survival skills class existed until it was covered in a local paper because of its overwhelming popularity among students. Once he was made aware that a teacher was doing a thing that helped kids enjoy school, Mariocco quite naturally gave in to his school administrator urges, putting an immediate end to the class. This will come as a great comfort to those of us who always felt that middle school was actively designed to be the worst thing in the history of time, because apparently that was exactly true. I mean, it probably wasn’t Fred Mariocco personally ruining your life. Just someone a lot like him.

In fairness, Mariocco wasn’t alone. He only slumped into action after complaints from parents worried about the violent nature of the activities the course covered. Now, the “zombie survival skills” class has been replaced with a class in “exploratory reading”–also known as “how to be zombie food.”We’re certain that will keep all the kids that signed up to learn zombie survival skills totally engaged in extracurricular activities.

To the parents who complained about this course, and we presume have forgotten what middle school was like entirely, we’d like to issue this reminder: No zombie in the history of cinema has ever had the potential to be as cruel as your average 7th grader. Nor has any zombie ever been dumb enough to demand the cancellation of a program that kept kids interested in school. So congratulations, parents of Hermiston, Oregon–you’re worse than the walking undead. Though to be fair, that is probably true of just a couple of you who are particularly loud and bored. Way to go. You’re American heroes.

And by the way, if you’re genuinely concerned about violence in extracurricular activities, parents, can we expect you to go after football next? Not that I think you should–that would be exceedingly stupid. It would also be in line with your reasoning to this point. So what’s it going to be, folks? Morons or hypocrites. Your call.