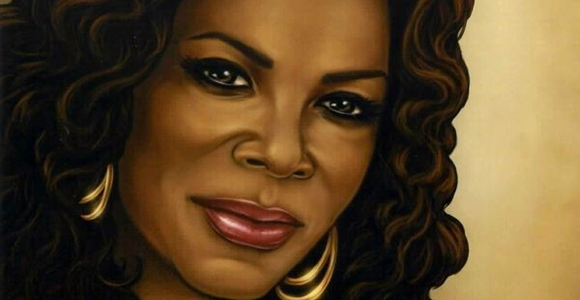 Oprah Winfrey can make superstars overnight by suggesting their work for her Book Club so it could have been huge if she had ever promoted a graphic novel. Before that could become a reality, she decided to end her daytime TV run. But there’s good news. There’s a brand new list on her website called “11 Books You Never Thought You’d Read (but Will Fall in Love with Instantly)” and they’re kind of like comics.

Winfrey was herself immortalized in comic form by Bluewater Productions in their Female Force series of biographies, but doesn’t really know much about comics. We can’t be certain she picked these books herself but it’s a step in the right direction. “Like most of us, you’ve probably heard of graphic novels—but haven’t read too many. Here are 10 new titles (plus one classic) that make you think, feel and daydream just like any other book.” Here’s the list:

No Wonder Woman, X-Men or even anything like Marjane Satrapi’s Persepolis or Craig Thompson’s Blankets which would seem like fun choices. Johanna Draper Carlson from Comics Worth Reading wrote about the selections.

The only ones I’d heard of were the first three, Lynda Barry’s What It Is, Andres Nilsen’s Big Questions, and the graphic biography Feynman. The rest tend towards illustrated poetry (several volumes), a travelogue, art inspired by a novel, and illustrated Craigslist personal ads. There’s a distinct lack of story in these selections, as though a comic, a fully integrated combination of words and images, is still scary. I know that the audience for this list is very different from the usual comic reader, but I get the feeling someone thought it was better to stick with familiar subjects with illustrations than include too many “real” comic works.