In the time it takes you to get a good night's sleep, newly discovered Kepler 78B completes a full orbit around its star. 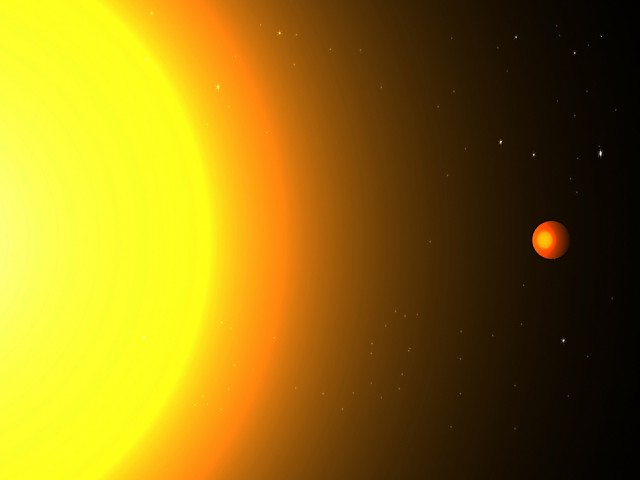 It’s been a little more than a year since I started here at Geekosystem, and man, has it gone fast. Nowhere near as fast as a year passes on the tiny, molten exoplanet Kepler 78B, though. The planet, discovered by researchers at MIT and elsewhere, completes a breakneck orbit of its home star in just eight and a half hours.

The short years experienced by Kepler 78B are a result of its too-close-for-comfort proximity to the star it orbits — the Earth-sized planet lies 40 times closer to its star than Mercury is to the Sun. In addition to a rather brief orbital period, that closeness to its star renders Kepler 78B a staggering 3000 Kelvin, making it a great place to be a lava monster and a pretty terrible place to be more or less anything else. In order to stay a planet, researchers hypothesize that Kepler 78B must be incredibly dense, with a core of nearly pure iron.

The MIT team reported their findings this week in The Astrophysical Journal. Among the more intriguing findingd is that the light reflected by Kepler 78B makes it very bright, and thus a good target for larger telescopes to take a closer look at in the future. The heat and brightness of the planet mean further research could reveal details about the composition of Kepler 78B. That could one day help researchers determine its mass, a first for planets outside of our solar system.