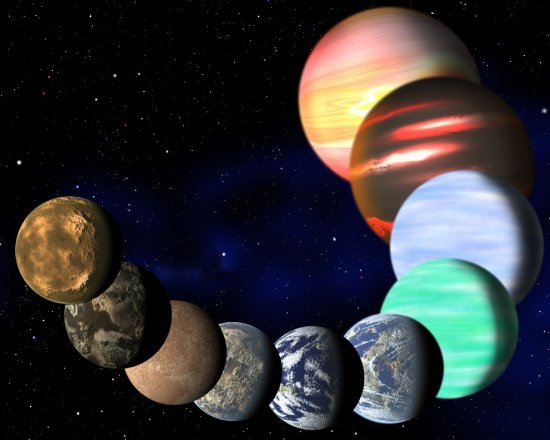 NASA’s Kepler spacecraft has been on a roll lately. The group Planet Hunters recently analyzed data from Kepler to discover 15 “Goldilocks” planets, and mentioned it could mean there are a lot more of those planets than initially believed. That certainly turned out to be the case, because Francois Fressin of the Harvard-Smithsonian Center for Astrophysics is now saying that there are at least 17 billion Earth-sized planets in our galaxy.

Not all of those 17 billion planets would fall into the “Goldilocks” region of their solar system where they are at just the right distance from their star to have liquid water, but if any small fraction of a percent of them are, then the 15 planets announced by Planet Hunters really are just the beginning.

Fressin isn’t saying he’s discovered 17 billion planets either. He got the number through extrapolating data gathered by the Kepler spacecraft. In the first 16 months of Kepler’s mission it identified 2,400 potential planets. The date from those 2,400 candidates is presumably what the Planet Hunters looked at for their discoveries, but they’re not all planets. Fressin says, “There is a list of astrophysical configurations that can mimic planet signals, but altogether, they can only account for one-tenth of the huge number of Kepler candidates. All the other signals are bona-fide planets.”

Looking at the Kepler data, Fressin and his team found that half of the stars Kepler looked at have an Earth-sized or larger planet in a close orbit. The number jumps to 70 percent when they include larger planets that have orbits as large as, but not greater than Earth’s. Finding planets with smaller orbits is easier because they pass in relative front of a star more often than wider orbits, giving observers more opportunities to see them.

The team also broke the planets into five groups by size. This graph shows what percent of stars had planets of these sizes, ranging from .8 times the size of Earth up to gas giants like Jupiter greater that six times the size of our planet: 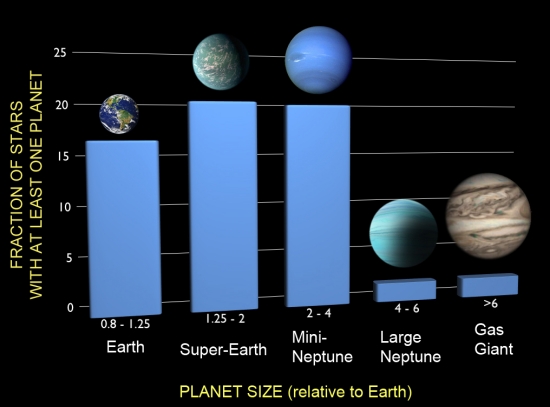 The findings show that larger planets are less common than smaller ones. Co-author of the research Guillermo Torres, also of the Center for Astrophysics says, “Earths and super-Earths aren’t picky. We’re finding them in all kinds of neighborhoods.”

Basically, the field is ripe for planet discovery, and the race is on to discover the next Earth-like planet that we can all get excited about, even though we have no way of getting there.

(via Harvard-Smithsonian Center for Astrophysics)