Born This Way: Some Rogue Planets May Have Formed Outside of Solar Systems

Suddenly, the travels of a planet formed in the cold depths of space without a star to keep it company is the saddest children's book we can think of. 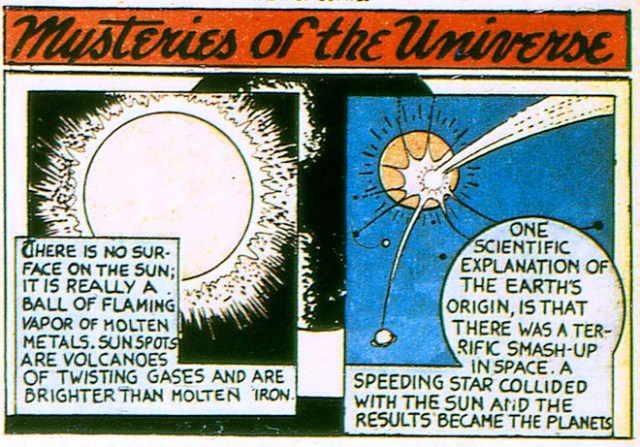 We’re used to thinking of planets the way we think of the planets closest to us — as objects following a fixed orbit around a local star. Not all planets are made for the button-down, orbital lifestyle, though. Some roam the cosmos, calling no star master, and new evidence suggests some of them even took shape that way.

The common thinking on most rogue planets is that they formed around stars, like the ones in our solar system, but were later booted out of their orbits by some cataclysmic event, such as a collision with another planet. But according to researchers from Chalmers University of Technology in Sweden, that may not be true of all free-floating planets. Some may have taken shape in the depths of space, far from any star. When the cosmos made these celestial bodies, they made some rambling planets, according to a new paper recently published in the journal Astronomy and Astrophysics.

Analyzing radio and infrared data from telescopes around the world, the Chalmers team took a close look at Rosette Nebula, studying the hundreds of tiny clouds of matter known as globulettes that make their home there. Well, they’re tiny on a “space” scale, anyway — globulettes have a masses averaging hundreds of Jupiters, but that mass is spread over an area that would span the divide between the Sun and Neptune many times over.

The data gathered by Chalmers, though, suggests that as vast as they are, these globulettes are dense enough that, at some point, they could develop into planets in their own right — planets without a star to call home from the day they formed. Chalmers astronomer Carina Persson, who worked on the study, said:

Since globulettes are by no means unheard of, they could have already formed some of the rogue planets that roam the universe in surprisingly large numbers — some researchers estimate there could be as many as 200 billion rogue planets in the Milky Way alone.