The Olympics Had Croquet Once, But Never Again | The Mary Sue

Off With Their Heads! The Olympics Had Croquet Once, But Never Again 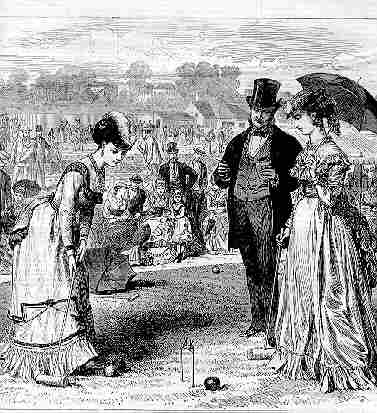 The one and only croquet competition ever held in the Olympic Games took place during the 1900 Summer Olympics in Paris. Apparently, only one man came to watch the games, so maybe they iced it because no one was paying to see it.

The one single croquet fan was an Englishman who had come all the way to Paris from Nice to watch the croquet competition. Which is kind of a big deal in 1900, so we know he’s kind of a fanboy.

Maybe they’d have more spectators if they used flamingoes and hedgehogs and had the Queen shout everyone’s heads off.