Olly Brings Smell-O-Vision to the Internet 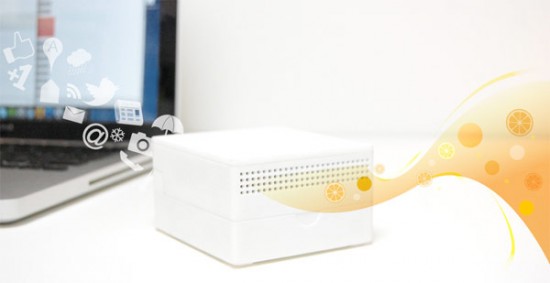 The Olly is a small rectangular device that you hook up to your computer and configure to emit a smell of your choice upon the stimulus of your choice. You want the room to smell like chocolate every time you get retweeted? Sure. Want things to smell like fish every time you get a downvote on Reddit? Not a problem. All you need is a, uh, deposit of said scent to place in the machine and, presumably, some rudimentary coding skills.

Olly is pretty customizable. In fact, it’s designed to be 3D printed. The makers of Olly are looking to get into actual, commercial production, but in the meantime, all the parts and code are open, so you can make one yourself. Or at least, you’ll be able to at some point: The instructions page on the official website is currently under construction. If it weren’t, however, you’d be able to grab the plans and print one out. Or, as the makers suggest, print out several and stack them. Each unit is limited to one scent and presumably one stimulus, so you need a device for every scent-action associate you crave.

I want to say this is an interesting idea, and I guess it is, but I’m really curious to see what kind of response they get with this strange little device. Personally, I’d be hard-pressed to think of a more superfluous peripheral, although I really do like the idea of hardware that responds to social networking cues and other Internet things. I just don’t think I’d want to be alerted by smell. There are plenty of other things I have to take care of that clue me in by emitting a smell and I’m not a fan of most of those things. Except bacon.