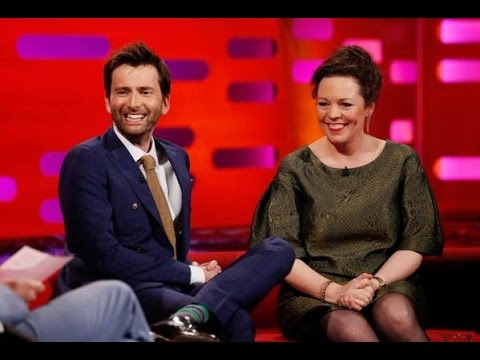 Peter Capaldi recently announced he’d be stepping down from his place as the Doctor after season 10, which means we’ll be speculating and nominating until an official announcement comes.

On The World at One, tenth doctor David Tennant praised his Broadchurch co-star Olivia Colman as “a magnificent choice,” adding, “If you have the right people telling the right stories then it’s absolutely a possibility.” I mean, who knows better than Tennant what it takes to be the Doctor? Colman, who recently won a Golden Globe for her performance in The Night Manager, definitely has the talent and we would love to see her in the role. We’ve been hoping for a female Doctor for quite a while, as have a number of celebrities and Doctor Who creator Sydney Newman. Could it finally be happening?

Vulture also notes that Colman is getting quite a bit of support, topping a list by British bookmakers putting odds on the casting–currently she tops the list followed by Richard Ayoade, James Nortan, Reece Shearsmith, and Ben Whishaw. What do you think?

(via Vulture, Image via Screencap)