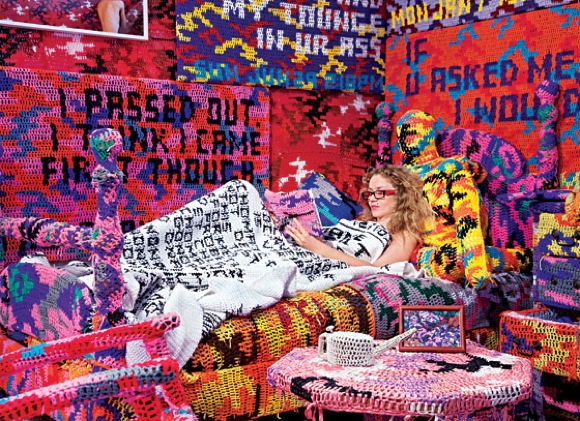 That, right there, is an entire studio apartment, yarn bombed by the yarn bomber herself, Olek, famous for crocheting the Wall Street Bull among other New York locations (and some New Yorkers). A recreation of her 15′-by-14′ studio apartment is currently on display at the Christopher Henry Gallery through May 28, where Olek has also been sleeping. Because that’s her actual bed. This brings new meaning to the term “cozy little apartment,” doesn’t it? By the way, the text on the walls was inspired by real text messages from former lovers.

(Pic by Dean Kaufman for New York Magazine, via Flavorwire)